TEHRAN, August 29 -Iran’s LPG exports rise to the highest levels since 2016 as a senior Saudi official admits that US sanctions are unlikely to completely stop Iranian shipments. 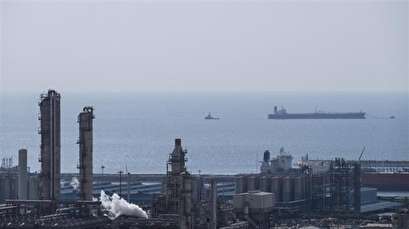 TEHRAN, Young Journalists Club (YJC) -Iran’s LPG exports rise to the highest levels since 2016 as a senior Saudi official admits that US sanctions are unlikely to completely stop Iranian shipments.

US President Donald Trump's administration has been pressuring its allies to cut imports of Iranian goods to zero by November when Washington is to reimpose a second wave of sanctions targeting Iran’s oil and gas exports.

Iran has dismissed the threat and fixtures from shipping sources showed LPG shipments in August rose by 84,000 tonnes versus July to around 568,000 tonnes, the highest since the previous Western sanctions were lifted in January 2016.

According to Platts, the majority of the shipments loaded or due for lifting are destined for China which is determined to continue oil purchases or even ramp them up.

Chinese refiners are facing higher import tariffs for US LPG in an escalating trade war, and are scrambling for Middle Eastern cargoes instead.

China is Iran’s top crude oil buyer, which imported around 655,000 barrels a day on average from the country in the first quarter of this year, according to official Chinese customs data.

A senior US government energy official, cited by the Wall Street Journal, said last month that China was gearing up to take more and “vacuum up much of the Iranian oil that other nations won’t buy because of the threat of US sanctions.”

ShanDong Dongming Petrochemical Group, China’s largest independent oil refinery, said last month it had stopped buying crude from the United States and switched to Iranian oil purchases amid the trade war with the US.

US officials have said all countries and companies should reduce their oil imports from Iran or risk sanctions if they continue purchasing Iranian oil after Nov. 4 when the sanctions kick in.

Trump said last month Saudi Arabia had agreed to increase oil production by up to 2 million barrels per day to make up for lost Iranian barrels but analysts have dismissed a quick production ramp-up as just “noise.”

On Tuesday, Saudi Arabia’s Energy Ministry adviser Ibrahim al-Muhanna admitted that taking all Iranian oil out of market was unlikely.

“Current sanctions are unlikely to stop Iranian oil exports completely, as almost all experts agree. I mean, they will continue to export 1 million (barrels per day) or so,” he told an oil conference in the Norwegian city of Stavanger.