TEHRAN, August 29 -A US airstrike has killed at least three people in southern Somalia, with the US Africa Command claiming the victims were members of al-Shabab terrorist group. 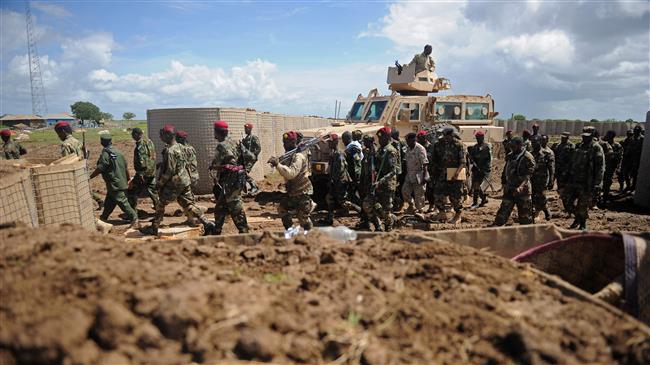 TEHRAN, Young Journalists Club (YJC) -The Africa command, which oversees US operations in the continent, said in a statement on Wednesday that the airstrike was carried out on an area about 40 kilometers southwest of the capital Mogadishu.

"We currently assess no civilians were injured or killed in this airstrike," the statement said.

Al-Shabab has intensified its deadly bombings in Somalia’s capital since the new government took office in February.

Somalia has been the scene of deadly clashes between government forces and al-Shabab since 2006.

African Union troops forced the militants out of the capital in 2011, but al-Shabab still controls parts of the countryside and carries out attacks against government, military and civilian targets in Mogadishu and regional towns.

Since last year, when US President Donald Trump approved expanded military efforts against al-Shabab, the US military has launched more than a dozen drone strikes against it.

Washington claims that it coordinates such drone strikes with the Somali government.

About 500 US troops are also deployed in Somalia on a so-called advise-and-assist mission.

In June, a US military member was killed and four others were wounded after they came under fire in Somalia during an operation against al-Shabab.