Iran decries US push for violation of UNSC resolution

TEHRAN, August 30 - Iran’s ambassador to the United Nations slammed the US government’s policy of withdrawal from the international organizations, warning against Washington’s call for the UN member states to disobey the UNSC Resolution 2231 which endorses the 2015 Iran nuclear deal. 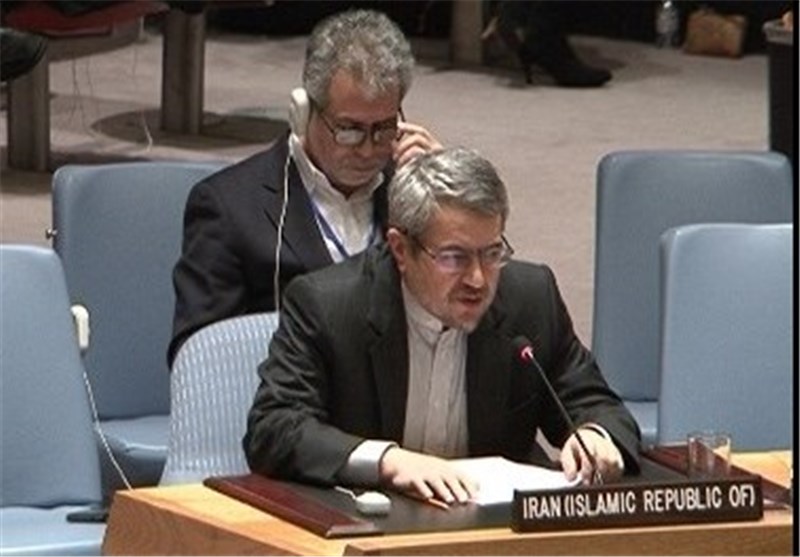 TEHRAN, Young Journalists Club (YJC) - Speaking at a day-long debate at the UN Security Council on Wednesday, whose theme was “maintenance of international peace and security: mediation and settlement of disputes”, Iran’s UN envoy Gholam Ali Khoshroo associated himself with the Non Aligned Movement (NAM), emphasizing that international relations should be ruled by law, and not power.

The following is the text of the Iranian ambassador’s speech:

“In the Name of God, the Most Compassionate, the Most Merciful

I thank the UK presidency of the Council for organizing this open debate.

Furthermore, aligning myself with the NAM statement delivered by Venezuela, I thank the Secretary-General and the briefers for their valuable inputs.

Mediation, an essential tool in the settlement of disputes, should be seen in the larger context of promoting the rule of law at the international level. One of the pillars of this Organization is that international relations, instead of power, must be ruled by law.

Accordingly, under the Charter, States have two complementary obligations: First, to refrain from the threat or use of force; and second, to settle their international disputes by peaceful means.

Despite acceptable progress in both directions, we have had failures that need to be rectified; there are uneven implementations of laws that require adjustment and opportunities that need to be explored. For instance, on the eve of this century, a country was invaded by a permanent seat holder of this Council--occurring in total disregard of the Council and in blatant violation of the Charter. Now, not only is the same power pursuing a policy of withdrawal from international organizations and agreements thus jeopardizing the sanctity of international treaties, but also openly invites all Member States to either disobey a specific resolution of this Council, that is resolution 2231, or face punishment.

If unchecked, this alarming trend will further tarnish the credibility of the Organization and this Council, eroding the rule of law and leading to disorder. Among the Charter provisions requiring proportionate, smart and astute application, one can refer to the application of Chapter VII functions by the Council. Security Council has been increasingly, excessively and expeditiously resorting to Chapter VII functions as if there is no other provision in the Charter.

As a result, in some cases, the sovereign rights of States as well as human rights have been seriously violated. Therefore, Chapter VII must be invoked as intended; it is a measure of last resort, if necessary. Mediation is one of the less explored opportunities provided by the Charter. Therefore, awareness of its usefulness in the peaceful settlement of disputes should increase.

To be effective, mediation should be conducted in an objective, transparent and neutral manner. This, as an essential element in enhancing the trust of concerned parties, is largely dependent on the independence, impartiality and integrity of the mediators. The exclusive purpose of the mediator should be to facilitate the process to a just and comprehensive conclusion and to help parties to arrive at a solution by themselves.
In conclusion, I pay tribute to the former Secretary-General, the late Kofi Annan, who also held the role as mediator. He, as Foreign Minister Zarif of the Islamic Republic of Iran has said, was “an unwavering champion for peace, justice and rule of law”.

I thank you Mr. President.”