TEHRAN, August 31 - Anger over the suspected killing of a man by two refugees has sparked days of protests in this eastern German city, raising fresh concerns about the anti-migrant sentiment that has shaken up the country's political system and seen the rise of a far-right party for the first time in decades. 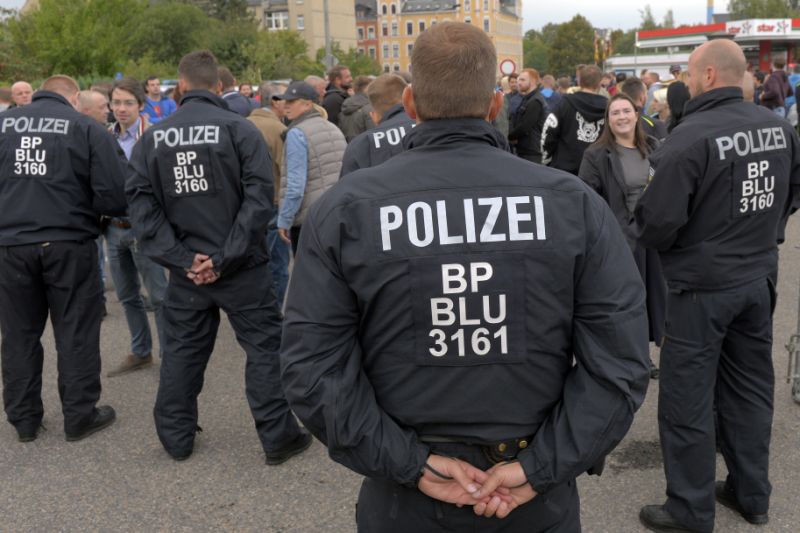 TEHRAN, Young Journalists Club (YJC) - On Thursday, as hundreds of people protested nearby, the region's governor tried to reassure a tense town hall meeting that the fatal stabbing of the 35-year-old German citizen wouldn't go unpunished.

"The wheels of justice move slowly, but they are thorough," Gov. Michael Kretschmer told an at times hostile crowd at the Chemnitz soccer stadium.

Anti-migrant groups seized on Sunday's slaying of Daniel Hillig, a carpenter from Chemnitz, mobilizing thousands to a protest the following day. At least 18 people were injured when far-right extremists in the crowd clashed with counter-protesters Monday.

Footage of snarling skinheads chanting "Foreigners! Germany for Germans!" and hurling bottles as police struggled to keep the peace evoked memories of far-right violence that occurred in Germany during the 1990s, and, for some, of its dark Nazi past.

Kretschmer, a member of Chancellor Angela Merkel's center-right party, warned that Saxony's image could suffer if foreigners get the feeling they aren't safe there anymore.

He cited an encounter with a Chinese woman earlier Thursday who told him she had been made to feel unwelcome in Chemnitz this week for the first time since moving there several years ago.

Saxony has long been a hotbed of anti-migrant sentiment. It is home to the group Patriotic Europeans Against the Islamization of the West, or PEGIDA, and a stronghold of the far-right Alternative for Germany party, which received almost a quarter of the vote in the state last year.

While the share of foreigners in Saxony remains below the national average, concern among the population about migrants committing crimes is particularly high.

Many of the protesters outside the stadium Thursday refused to talk to the media, but those who did said they felt abandoned by politicians and were angry at the crimes committed by migrants.

"I've got three daughters," said Steffen Rake, a 52-year-old Chemnitz resident. "They don't go to town alone anymore and the police are present now, but only because the governor's coming."

Alina Hergesell, a woman in her 20s from nearby Erfurt, said she had been harassed by migrants in the past.

"They need to follow our rules, not other rules," she said.

Sebastian Gemkow, Saxony's justice minister, said authorities had initially been overwhelmed with the caseload caused by the influx of more than a million refugees in 2015 and 2016.

Share to
Related News
‘ICC is dead to us’: US to use ‘any means’ to shield citizens & allies from war-crime probes
World shares face longest losing streak since January 2016
Tags
Germany ، migrant crime ، politicians
Your Comment