TEHRAN, August 31 -Japan remains firmly committed to seeking US exemption for Iranian oil imports as it sees the supplies as important for the country's energy security and businesses, a top government official told S&P Global Platts on Thursday. 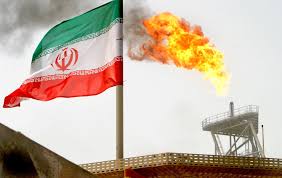 TEHRAN, Young Journalists Club (YJC) - "Japan's position remains firm even after the second round of talks [with the US government]," Ryo Minami, the director-general of oil, gas and mineral resources at the Ministry of Economy, Trade and Industry said in an interview.

"Our basic principle is to seek an exemption [from the US]," Minami said.

Asked whether Japan was also looking to reduce its Iranian oil imports in order to secure US sanction waivers, Minami declined to comment.

Japan and the US held a second round of talks on the US' Iran sanctions in Washington over August 1-2, when the two sides agreed to continue bilateral discussions.

"During the second round of talks Japan clearly explained its position to continue [Iranian oil] imports to the US in an effort to gain their understanding," Minami said.

"Looking forward, we will inevitably have to hold talks with the US government solidly to obtain their understanding," he said. "From the Japanese perspective, we see the import of Iranian crude oil as necessary to continue Japan's energy security, as well as considering the impact on Japanese companies."

Minami's comments came as Japanese refiners have urged the government to seek a US waiver on Iran sanctions as they are keen to continue importing the usual volumes instead of reducing inflows.

But local refiners are finding it increasingly difficult to maintain their Iranian oil imports as the US sanctions loom.

Asked about the possibility of Japan suspending Iranian oil imports, Minami said: "That will basically be up to private companies."