TEHRAN, August 31 - Iran has rejected the French foreign minister’s call for talks on Tehran’s missile program and regional policies, saying the West has left no trust for Iran to sit for talks on non-nuclear issues. 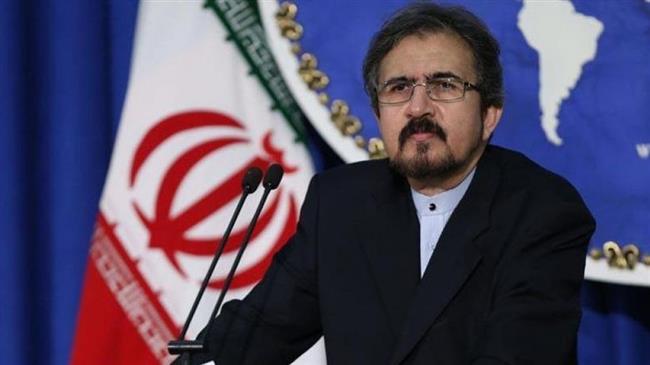 Le Drian told a Thursday gathering of EU foreign ministers in Vienna that Iran must respect the fundamentals of the 2015 nuclear deal and should be prepared to negotiate on its future nuclear plans, ballistic missile arsenal and alleged meddling in conflicts across the Middle East.

Iran "cannot avoid discussions, negotiations on three other major subjects that worry us — the future of Iran’s nuclear commitments after 2025, the ballistic question and the fact that there is a sort of ballistic proliferation on the part of Iran… and the role Iran plays to stabilize the whole region," he said.

Qassemi said Iran had always proved that it was not afraid of talks and that it strongly believed in dialogue.

The nuclear talks revealed Iran’s good faith and commitment to the principle of negotiation, and could in turn serve as a yardstick against which to measure the West’s commitment to its pledges, he noted.

However, he added, the West failed to live up to its commitments after US President Donald Trump unilaterally withdrew the US from the Iran nuclear deal - the Joint Comprehensive Plan of Action (JCPOA) - while other parties stood idle and kept mum.

The comprehensive efforts by Iran and other world powers were simply foiled by the bullying and greedy behaviors of the US – an ally of France – and the Europeans’ failure to stand against them, Qassemi went on to say.

“Under current circumstances … there is no reason, need, reliability or trust for holding fresh talks on any topic, let alone non-negotiable issues,” he said.

The Iranian spokesman also noted that Le Drian is aware that the Europeans currently have no other way but to fulfill their pledges under the deal.

“Iran and the Iranians also have no other option but to remain distrustful until the pledges are met,” he added.

He also said that the world and the French politicians well know the Islamic Republic’s policies are aimed at establishing peace and security in the region as well as fighting terrorism and extremism.

“On Iran’s missile program, we once again affirm that the program is totally defensive, local and legitimate. It is highly critical for protecting Iran and the Iranian nation against others. So, it is not negotiable at all,” he added.