From Geneva to ME, Zarif fastening regional ties having settled Iran’s nuclear issue

Tehran, YJC. Zarif and Davutoglu have taken part in a joint press conference in Tehran. 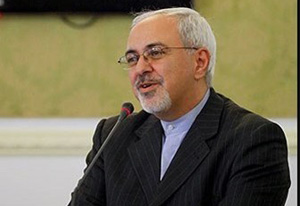 Iran’s Foreign Minister Mohammad Javad Zarif who met his Turk counterpart Ahmet Davutoglu in Tehran, in a joint press conference on Wednesday said "We will tread on the path of negotiations, prevention of war, helping, and arriving at joint solutions; and through regional concerns and the positions of both countries, we will lead the matter and prevent the growth of violence in the region,”

Zarif also pointed to his frequent meeting with the Turk counterpart as Iran’s Foreign Minister so far and counted them as a good start for growing intimacy between the two countries.

Providing comments on the ongoing Syrian crisis, Zarif said "The policy of the Islamic Republic of Iran is not to interfere with the internal affairs of countries, at the same time that our policy it is to support resistance against the extreme demands of the Zionist regime.”

"The previous time as well, me and Davutoglu agreed for Iran and Turkey to help prevent regional extremism lest the flames of sectarianism will burn the entire area. That is still our policy and we do believe in it,” he stated.

At the end of the session Iran’s Foreign Minister pointed to his agenda for the near future and said "The next week’s trip to Kuwait is for me to attend a joint committee with Kuwaiti officials. It is the same with the will-be trip to Oman. As I have announced earlier, we look at relations with regional countries of high political priority. So the trip will be taken as soon as possible.”

He also added that he intends to visit Saudi Arabia as well, for which the time is not decided yet.