TEHRAN, September 01 -Russian President Vladimir Putin's spokesman has denounced the murder of pro-Russia forces leader in eastern Ukraine as a “provocation” that will undermine a Western-brokered peace agreement. 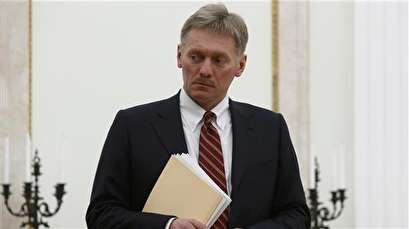 “This is no doubt a provocation," Kremlin spokesman Dmitry Peskov told reporters on Saturday. "Alexander Zakharchenko's death will certainly lead to increased tensions in the region" and undermine the Minsk agreements brokered by France and Germany in 2015.

The 42-year-old leader of the self-proclaimed Donetsk People's Republic (DPR) was killed on Friday in a bomb blast at a restaurant in downtown Donetsk.

President Putin condemned in a statement the killing of Zakharchenko as a "dastardly" act that aimed to destabilize the region. He also expressed his condolences to Zakharchenko's family for the loss and praised Zakharchenko as "a true people's leader, a brave and resolute man."

Later in the day, the Russian foreign ministry declared that it had every reason to believe Kiev was responsible for Zakharchenko’s killing.

Russia’s foreign ministry spokeswoman Maria Zakharova was cited in state media as saying that Zakharchenko's killing reflected Kiev’s decision to engage in a “bloody fight” and that it had passed up on its pledges of seeking peace.

The Ukraine crisis started in the country’s east in April 2014 following Crimea’s separation from Ukraine and reunion with Russia following a referendum. Since then, international efforts to restore peace to the Russian-speaking region have failed and more than 10,000 people have died.

Kiev and its Western allies have accused Moscow of channeling troops and armaments across the border into eastern Ukraine, a charge Russia denies.

In September 2014, Kiev and the pro-Russia forces signed an EU-brokered ceasefire agreement in the Belarusian capital city of Minsk in a bid to halt the fighting in Ukraine’s eastern regions.

The warring sides also inked another truce agreement, dubbed Minsk II, in February 2015 under the supervision of Russia, Germany, and France.

The fragile ceasefire has frequently been violated, with Kiev and the militants blaming each other.