TEHRAN, September 01 -Iran's Foreign Minister Mohammad Javad Zarif says all members of the international community need to stand up to US’s law-breaking behavior or pay high prices after Washington's unilateral move to withdraw from a landmark nuclear deal Iran signed with the P5+1 group of countries in 2015. 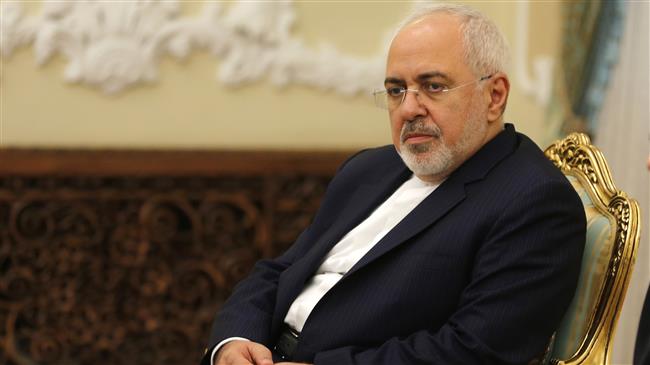 TEHRAN, Young Journalists Club (YJC) - Speaking to reporters on Saturday, Zarif said European countries should take action and be prepared to pay the costs to be able to reap benefits from the nuclear deal, officially known as the Joint Comprehensive Plan of Action (JCPOA).

"We have already announced that in addition to declaring their political commitment, it is time for the Europeans to act," he said.

"These measures may also be costly, but if different countries want to reap benefits from the JCPOA and if they believe that the JCPOA is an international achievement, they must be ready to safeguard these achievements," the top Iranian diplomat added.

The European signatories to the JCPOA have offered different executive strategies to the deal, it but they should implement them, added Zarif, one of the architect's of the nuclear pact.

He noted that the US is pursuing a law-breaking approach and pushing other countries to follow suit and said, "The world definitely needs to withstand this move; otherwise, it will lead to very high prices."

US President Donald Trump withdrew Washington in May from the landmark Iran nuclear agreement and decided to re-impose unilateral sanctions against Tehran.

Speaking at a press conference in Vienna on Friday following an informal meeting of EU foreign affairs ministers, European Union's foreign policy chief Federica Mogherini said the 28-nation bloc would continue its work to preserve the JCPOA after the US move to pull out of the deal.

"Our work continues with all the member states and with other partners in the world, to make sure that Iranians and Iranian citizens can benefit from the economic relations not only the European Union's member states, but also others in the world," the senior EU official said.

In a meeting with Iranian President Hassan Rouhani and members of his cabinet in Tehran on Wednesday, Leader of the Islamic Revolution Ayatollah Seyyed Ali Khamenei warned that Iran will leave the nuclear deal if it fails to serve the country’s interests.

"The JCPOA is a means, not the goal, and if we come to this conclusion that it cannot serve [our] national interests, we will leave it," the Leader said.