TEHRAN, September 01 - Russian Foreign Minister Sergei Lavrov has dismissed the United States’ latest sanctions against his country as counterproductive, saying the US is pushing Moscow-Washington ties into a stalemate. 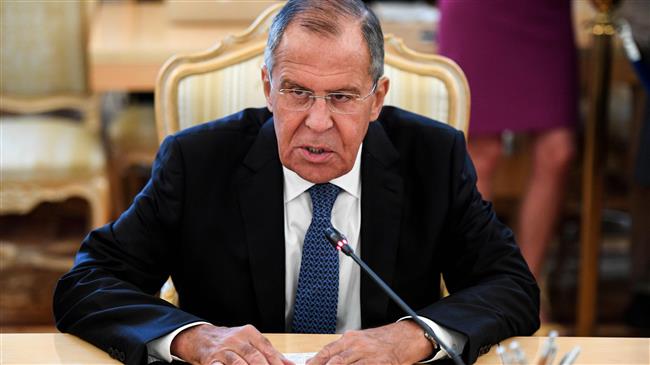 TEHRAN, Young Journalists Club (YJC) -"Not for the first time we highlight that the permanent buildup of sanctions pressure without any facts that would justify such sanctions is counterproductive and push relations into an impasse," Lavrov said on Saturday.

However, the top Russian diplomat said that Moscow was always open for dialogue based on mutual respect and taking into account mutual interests.

“Once our partners are ready to talk on the basis of mutual respect and considering (mutual) interests, we are always ready for such dialogue,” he said.

Washington imposed new sanctions on Moscow earlier this month over what it called the attempted assassination in Britain of a former Russian intelligence agent, Sergei Skripal.

Skripal, and his daughter, Yulia, fell ill in the British city of Salisbury on March 4. They were hospitalized and diagnosed with exposure to Novichok, a military-grade nerve agent.

The new US sanctions include blocking foreign aid to Russia, halting the sale of data-x-items or services related to defense and national security, and prohibiting any government credit support for exports to Russia.

Russia is launching diplomatic, economic and strategic measures to stave off possible impacts of the US sanctions. The measures include establishing closer diplomatic ties with Iran, Turkey, and the European Union, reducing the holding of US treasury securities, and turning eastward in pursuit of a closer Eurasian partnership.