TEHRAN, September 02 - Turkish President Recep Tayyip Erdogan has lashed out at the United States for behaving like "wild wolves," saying Ankara would pursue non-dollar transactions in trade with Russia and other countries. 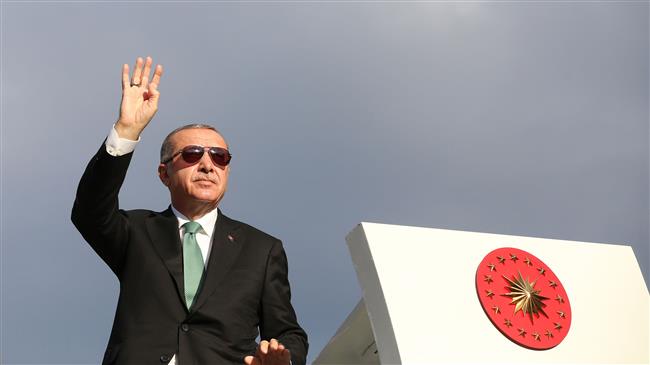 TEHRAN, Young Journalists Club (YJC) - "America behaves like wild wolves. Don't believe them," Erdogan said in an address to a business forum in Bishkek on Sunday during a visit to Kyrgyzstan.

He added that negotiations were underway between Turkey and Russia over using national currencies instead of the US dollar in bilateral trade ties.

The US has imposed punitive economic measures on both Ankara and Moscow.

"Using the dollar only damages us. We will not give up. We will be victorious," Erdogan told the meeting, attended by Kyrgyz and Turkish businessmen as well as government officials.

Washington and Ankara are entangled in a dispute over an American pastor standing trial in Turkey over terror charges.

Pastor Andrew Brunson has been accused of having links with the outlawed Kurdistan Workers’ Party (PKK) and the Gulen movement, which Turkey blames for the 2016 failed military coup.

Brunson, who has already spent nearly two years behind bars in Turkey, has denied the charges, calling them “shameful and disgusting.”

If found guilty, he will face up to 35 years in jail. His imprisonment and then house arrest have caused one of the deepest rows between Turkey and the US.

Ties between NATO members Washington and Ankara hit a new low last month after the US took the dispute to the economic front, adopting a series of punitive measures against Turkey, including imposing sanctions on Turkish ministers and doubling of steel and aluminum tariffs, which have led to a sharp decline in Turkey's currency, the lira.

On August 25, the Turkish president called on his nation to demonstrate “commitment and determination” as firm guarantees needed to combat “attacks” on Turkey’s economy.