TEHRAN, September 03 - Global stock markets fell for a third straight day on Monday, hurt by worries over the escalation of trade disputes between world powers and a deepening sell-off across emerging market currencies. 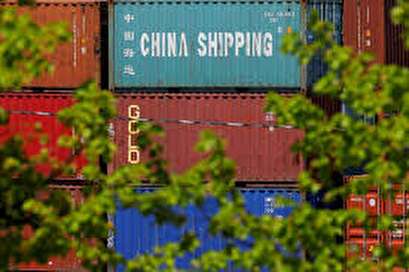 TEHRAN, Young Journalists Club (YJC) -Global stock markets fell for a third straight day on Monday, hurt by worries over the escalation of trade disputes between world powers and a deepening sell-off across emerging market currencies.

A holiday in the United States subdued trading activity.

U.S. President onald Trump said at the weekend there was no need to keep Canada in the North American Free Trade Agreement and warned Congress not to meddle with the trade talks.

Worries about U.S. tensions with China were also kept alive by a report last week that Trump had told aides he was ready to impose tariffs on an additional $200 billion worth of imports from China as soon as a public comment period on the plan ends on Thursday.

That would be a major escalation given the United States has already applied tariffs on $50 billion of exports from China.

There was also bad news on the economic data front as euro zone manufacturing growth slowed to a near two-year low in August as amid growing trade war fears, a survey showed on Monday.

“As we head into a new week and month, trade concerns will remain front and center of investors’ minds, along with increasing concerns about stability in emerging markets, after the sharp declines seen in Argentina and Turkey’s currency last week,” said Michael Hewson, chief market analyst at CMC Markets.

Across emerging markets, turbulence continued. The Indonesian rupiah fell IDR=ID to the lowest levels against the dollar since the country's economic crisis two decades ago, and the central bank said it was intervening in foreign exchange and bond markets.

However, Turkey's lira, at the center of emerging market turmoil in recent weeks, firmed on Monday to 6.56 per dollar TRYTOM=D3, lifted by a statement from the central bank which said it would "adjust" its monetary stance at its upcoming Sept. 13 meeting.

Inflation was above expectations in August, surging 18 percent and touching the highest since December 2003.

“This morning’s inflation number was very high and the authorities still haven’t got a credible strategy to deal with that,” said Chris Scicluna, head of economic research at Daiwa Capital Markets.

Turkish Finance Minister Berat Albayrak told Reuters that the central bank was independent of government and it would take all necessary steps to combat inflation.