TEHRAN, September 03 - The Japanese defense chief claims China is “unilaterally” stepping up its military activities in the East China Sea, which has been the subject of a territorial dispute between Beijing and Tokyo. 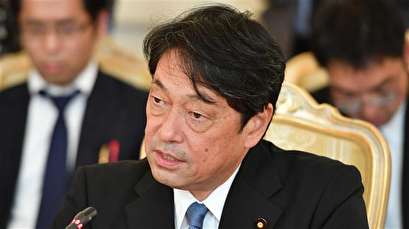 TEHRAN, Young Journalists Club (YJC) -The Japanese defense chief claims China is “unilaterally” stepping up its military activities in the East China Sea, which has been the subject of a territorial dispute between Beijing and Tokyo.

China “is unilaterally escalating its military activities in the sea and aviation spaces around our country. This has become a significant concern for our country's defense,” Itsunori Onodera said on Monday at an annual gathering of the top brass of Japan’s military.

Beijing’s military measures, he added, include carrying out new airborne operations around Japan and running a nuclear submarine near disputed East Coast isles.

China and Japan have been in a long-lasting territorial dispute over a group of uninhabited islands in the East China Sea referred to as the Diaoyu Islands by Beijing and Senkaku by Tokyo.

Ties between the two sides deteriorated after Tokyo nationalized part of the resource-rich islands in 2012.

China maintains that it has indisputable sovereignty over them. The Japanese government, instead, regards them as a part of its territory.

Onodera’s comments could worsen the diplomatic tensions with China ahead of a visit to Beijing by Prime Minister Shinzo Abe next month.

Abe is expected to make efforts to improve diplomatic ties between Tokyo and Beijing by proposing new trust-building measures and exchanging security assurances between the sides.

On Sunday, media quoted Abe as saying the relationship between the two trade partners had returned to a “normal track.”

The Japanese defense minister further said Moscow is flexing its military muscle as it is preparing for its biggest military drill since the cold war era and is taking powerful weapons, including ground-to-air missiles, to the disputed Southern Kuril islands.

“We are seeing movement to again push forward its military activities in the Far East,” he said.

Onodera also reaffirmed Toykyo’s stance on North Korea, saying the country poses a “serious and imminent threat” to Japan despite its latest détente with the South and the US.