TEHRAN, September 03 -A shooting incident at an apartment complex in San Bernadino, California, has left ten casualties, including several children. 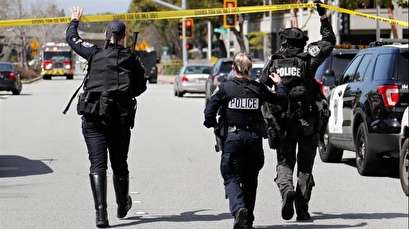 Police said that three of the victims of the Sunday night shooting were in dire condition.

Lawhead noted that detectives investigating the incident had not yet found any suspect(s) or motive for the shooting incident.

He said gang activity had been reported in the area but it was not immediately clear whether it was linked with the shooting.

"We believe that there was an exchange of gunfire," he said. Handguns and rifles appear to have been involved in the fire exchange, Lawhead said, but no weapons had been found.

Mass shootings are a frequent occurrence in the United States where firearms sales are legal.

Most Americans, however, are opposed to the ruling gun culture in the United States and favor tightening the gun sales regulations.

The deadliest recent mass shooting in the US occurred on October 1, 2017 in Las Vegas when 64-year-old Stephen Paddock of Mesquite, Nevada, shot dead 59 people and injured almost 500 others.

Paddock, who was up in the 32nd floor of the Mandalay Bay Resort and Casino, opened fire into a huge audience attending a concert across from the hotel where he was staying.

The shooting lasted for about 10 to 15 minutes and when police found Paddock in his hotel room, he was dead. Authorities believe Paddock killed himself and that he acted alone.