TEHRAN, September 04 - An independent economic researcher from Los Angeles said the US is trying to use the power of the Dollar as a weapon to punish all antagonistic countries, including Iran, Turkey, Russia and other nations that are acting independently of Dollar Hegemony and the Washington Consensus. 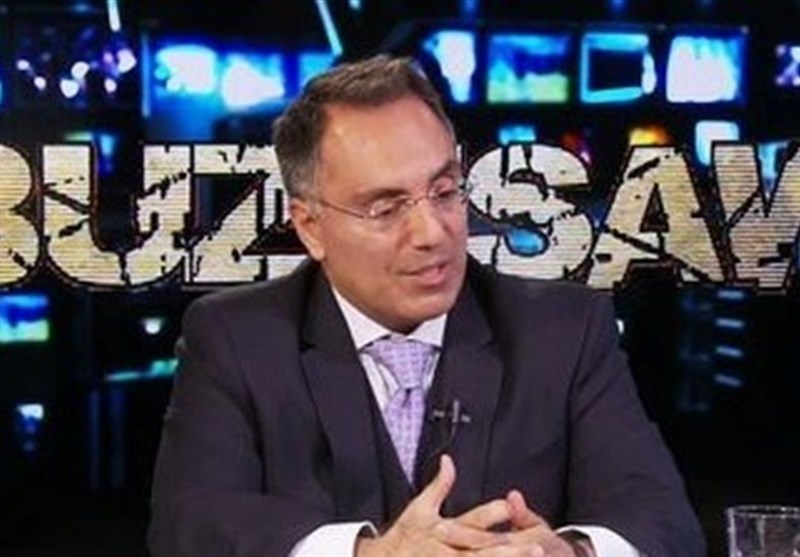 TEHRAN, Young Journalists Club (YJC) - “…because the dollar essentially rules over all other national currencies, and because any oil traded on earth must utilize dollar pricing and trading, then targeting the currency of any nation deemed by Washington and London as being antagonistic to the Washington Consensus and dollar hegemony becomes very easy,” Pye Ian told Tasnim in an interview.

He added, “Also, seeing that so much of global finance is conducted digitally across markets and exchanges, rather than with physical cash, gold or barter, then ‘weaponizing’ the dollar as a lever against the fiscal health of an emerging market nation or its currency becomes that much easier as well. Thus, the pandemic of seeming currency crises stretching from Iran to Turkey to Russia, Argentina, Venezuela, Zimbabwe and elsewhere … are not coincidental occurrences.”

Pye Ian is an independent economic and geopolitical researcher as well as a strategic planning and business development advisor. His articles and analyses on international affairs, economic trends and cultural topics have been published in various mainstream and alternative press sources. Ian’s wider intellectual interests are reflected in his writings on the convergence of foreign affairs, political philosophy, history, global finance and energy policy. He has undergraduate degrees in economics and political science from the University of California and a Master’s degree in finance from Cambridge University.

Tasnim: The US dollar made new record high against rial in Iran on Monday. The US dollar jumped to as much as 129,000 rials in the open market in the Iranian capital city of Tehran. What is your take on this? What are the main reasons behind this?
Ian: Since the end of World War II, the US dollar has served as the global reserve currency, replacing the British Pound sterling, which had served as global reserve throughout the 19th and half of the 20th centuries. The Pound had, in turn, replaced the Dutch guilder, which was the de facto reserve currency in Europe in 17th and 18th centuries

Being the reserve currency, especially in an era where the most important industrial commodities in world history – namely oil and natural gas – are almost exclusively priced and traded in said currency, affords immense economic, financial, and thus ultimately political, power. Add to this the modern technological realities of how money is so digitally conjured, traded, saved, invested, and even erased, and those power parameters multiply in scope.

From the end of World War II until August 15th, 1971, the dollar was also linked to physical gold in order to lend it further credence as reserve currency. However, Washington ended that arrangement 47 years ago so that it could print money out of thin air indefinitely and without fiscal or certainly political restrictions, thereby rendering America’s deficits and overall debt levels as seemingly irrelevant, considering that the dollar then became ‘core money’, and the US the ‘core bank’. This entire arrangement, however, relied upon sustaining confidence and the perception of solvency and sanctity in the eyes of all international market participants, peoples and governments.

Hence, because the dollar essentially rules over all other national currencies, and because any oil traded on earth must utilize dollar pricing and trading, then targeting the currency of any nation deemed by Washington and London as being antagonistic to the Washington Consensus and dollar hegemony becomes very easy. Also, seeing that so much of global finance is conducted digitally across markets and exchanges, rather than with physical cash, gold or barter, then ‘weaponizing’ the dollar as a lever against the fiscal health of an emerging market nation or its currency becomes that much easier as well. Thus, the pandemic of seeming currency crises stretching from Iran to Turkey to Russia, Argentina, Venezuela, Zimbabwe and elsewhere … are not coincidental occurrences. These nations are on the hit lists of Anglo-American governments and their critical financial arms, which can essentially shift the apparent ‘value’ of a currency positively or negatively overnight against the US dollar with several trading key strokes, thereby altering the perception (keyword) of said currency – and thus of its nation’s wider economic health – to fit a desired political outcome. That outcome could entail anything from strong-arming a nation into abiding by Atlanticist trading or geopolitical mandates, to outright stoking riots and other unrest within a nation en route to collapsing its government and national stability entirely.

The latter aims are clearly why the Iranian rial is being targeted and has been for many years. Washington has even been on record stating so. Triggering hyperinflation is a currency war tactic in achieving what overt military measures cannot in the immediate sense.

Tasnim: Is Iran’s economy collapsing? What might future hold about the Islamic Republic’s economy?

Ian: The western Atlanticist intent is for Iran’s economy to outright collapse via damaging the rial enough – and ideally, in a vacuum away from any mitigating circumstances afforded by any Iranian ally’s economic assistance – to where domestic and international business cannot be conducted. Whether Iran’s economy outright collapses, a la where Venezuela’s economy is headed, is contingent upon the Iranian government uniting on a war footing (because Iran is, essentially, at war in the economic arena against transatlantic powers) to reign in inefficiencies, debts, petty internal inconsistencies and inefficient information exchanges, while seeking to functionally unlink as much as possible from US dollar reliance. Using bilateral currency exchanges with partnered and allied nations such as China, Russia, Turkey, Pakistan, Iraq, Lebanon, Syria and others, as well as mobilizing non-dollar oil, gas and mineral trading – perhaps via the petro-yuan out of Beijing, or the petro-ruble out of Moscow, or both – affords not only sustainability internally, but a model for other nations to utilize for divorcing from dollar hegemony. Eurasian nations are already working on these non-dollar imperatives; Iran should take a further active role in them partly in order to incubate itself.

Ian: Many argue that the Iranian government is responsible for Iran’s economic troubles without having an awareness of the martialized details of dollar-based modern international finance, some parameters of which I referenced above. In truth, the Iranian government – or ANY government outside of the US itself, for that matter – could literally do everything ‘by the book’ as far as efficient economic management, the nurturing of innovation, the suppression of debt and external borrowing, the regulation of damaging speculative attacks, the spiking of productivity and of resource, material, manufactured and even intellectual property exports are concerned, and said government would STILL experience troubles so long as they do not fully control their nation’s monetary and currency platforms. I.E. Dollar-linkages spell susceptibility to currency attacks, sanctions and other means of economic warfare. The prudently run Russian economy, where the debt-to-GDP ratio is less than 13% (whereas US debt-to-GDP is over 105%, the UK’s is over 88%, and Japan’s - under US tutelage for decades now – is at a staggering 253%), serves as an example of how sober economic custodianship isn’t enough to defend against dollar-based currency wars, as Washington has also been targeting the ruble.

That said, Iran’s isn’t a lost cause. If anything, Iran is a case study in how to potently respond. Atlanticist policymakers over-estimate the amount of time required for stripping Iranian oil from global markets in order to supposedly collapse Iran’s economy while underestimating Iran’s ability and agility – especially hand in hand with said Eurasian partners – to circumvent the damage that said currency wars and sanctions are intended to inflict. By transparently and efficiently managing internal Iranian economic affairs in unprecedented fashion, judiciously deploying the usages of both non-dollar currencies, as well as the rising role of physical gold and silver bullion, for natural resource pricing, trading and receipt recycling, and by further integrating economically and thus politically with Russia, China, Turkey, the Central Asian ‘Stan and Caspian nations, and eventually, a rising number of Persian Gulf Arab states (which will increasingly lean eastward as well), Iran will not only protect itself against said onslaughts, but will further abet a multipolar power paradigm while indirectly weakening said dollar hegemony, which requires replete international adherence in order to properly function.

The alternatives to said means of economic and political mobilization are either extreme, extended economic distresses for Iran in isolation, or outright state collapse, which is, in fact, the Atlanticist West’s ultimate intent. Seeing that no particular form of government is enough to ‘keep Iran in line’ with Atlanticist hegemonic global aims, decisions have already been made to occupy, dissect and resource appropriate Iran into subservience and compliance. What we see as having resulted in Libya, Afghanistan, Iraq and Syria is clearly what is intended for Iran, but more so, because a nation of over 80 million proud citizens, with thousands of years of uninterrupted history, is much harder for Empire to be able to dismantle than are nations which are remnants of recent empires such as the Ottoman.

Iran’s government and wider citizenry must familiarize themselves as rapidly as possible with the means and mores of global finance, which is effectively married to the latest in technological advancements, for both the sake of national sovereignty and defense, as well as for sustainability and economic growth.

Share to
Related News
Dollar shifts up through the gears, EM currencies skid again
Tags
US ، dollar ، economy
Your Comment