TEHRAN, September 04 - The sides to the Yemeni conflict are to convene in Geneva for the first time since 2016 under the auspices of the United Nations (UN) in an attempt to revive stalled peace talks. 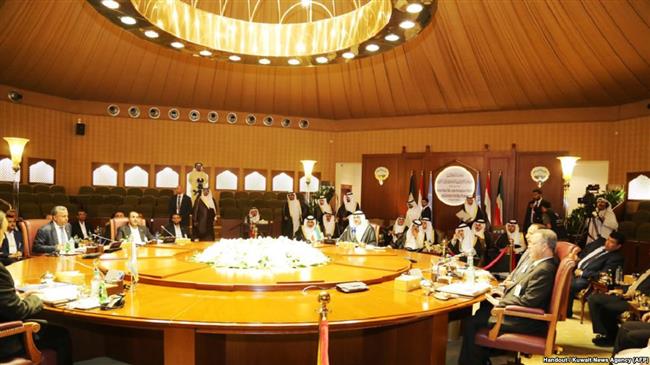 TEHRAN, Young Journalists Club (YJC) - Representatives from Yemen’s running government, which is allied to the popular Houthi movement, and the country’s former regime, backed by Saudi Arabia, are to participate in the talks in the Swiss city on Thursday.

UN envoy for Yemen Martin Griffiths will be supervising the talks and is likely to shuttle between the two sides, as face-to-face meetings between them are unlikely.

Khaled al-Yamani, the foreign minister of the former regime, told AFP that the chances of face-to-face negotiations between the two sides “are slim to none.”

The news agency reported that the talks would likely focus on a prisoner exchange deal and the fate of the Yemeni port city of al-Hudaydah, which has been under escalated Saudi-led military attacks since June.

One US diplomat, meanwhile, said the negotiations “are really not intended to be talks or negotiations but consultations that demonstrate the capability of the UN to bring the sides together,” along with “confidence building measures.”

The two sides last held marathon negotiations — also organized by the UN — in Kuwait, trying unsuccessfully to hammer out a “power-sharing” accord.

The former Yemeni government resigned in 2015 as the country was experiencing political turmoil.

The head of that government, Abd Rabbuh Mansur Hadi, fled to Riyadh after resignation. There, he encouraged Saudi plans to launch military attacks on Yemen, where the Houthi movement had taken over state matters in the absence of a functioning government.

A Saudi-backed coalition soon invaded Yemen in an attempt to reinstall the former, Riyadh-friendly officials to power despite their resignation.

Thousands have been killed in the Saudi-led invasion, and the country has been pushed close to the edge of famine. A cholera outbreak, resulting from the devastation of Yemen’s health infrastructure, has also claimed more than 2,000 lives.

UAE: Hudaydah assault to rage on

Meanwhile, the UAE, an ally of Saudi Arabia in the invasion, took a defiant tone on Hudaydah, the port city that takes in much of international aid to the war-stricken country. The Saudi-led offensive on the city threatens to tip Yemen over the brink of famine.

“In order to shorten the war, pressure should be continued on al-Hudaydah,” said Emirati Minister of State for Foreign Affairs Anwar Gargash.

The Houthis, meanwhile, have reportedly offered to let the UN supervise aid operations at the port.

Separately, Yemeni Minister of Legal Affairs Abdulrahman Ahmed al-Mukhtar said that “US aggression” had blocked the UN Security Council and International Criminal Court (ICC) from mounting a war crimes investigation into an August 9 Saudi-led attack that killed at least 40 children, among others.

During the strike, Saudi-led warplanes hit a school bus with an American 227-kilogram, laser-guided Mark 82 bomb in the town of Dhahyan in Yemen’s northern province of Sa’ada, killing a total of 51 people, among them 40 children, and leaving nearly 80 others wounded.

Speaking at a press conference on Monday, Mukhtar said, “We, in the Republic of Yemen, recognize that it is impossible for the Security Council to adopt a resolution to refer war criminals to the International Criminal Court.”

The US, which holds a veto power at the Security Council, has been supporting the Saudi-led coalition by providing arms, bombing coordinates, aerial refueling, and a commando contingent.