TEHRAN, September 04 - The hole that caused a slight air leak and a depressurization event on the International Space Station last week was caused by a drill hole. 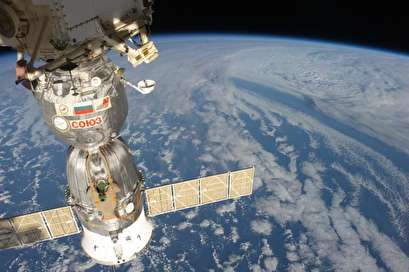 TEHRAN, Young Journalists Club (YJC) -The hole that caused a slight air leak and a depressurization event on the International Space Station last week was caused by a drill hole.

According to Russian media reports, the hole was accidentally drilled in the Russian Soyuz spacecraft while it was still on the ground.

An unnamed source told RIA Novosti the person responsible for drilling the hole filled it with glue instead of reporting the mistake.

"The glue dried and was squeezed out, opening the hole," the source told the media outlet.

In the morning, astronauts traced the leak to a small hole inside the Russian spacecraft docked to the orbital outpost.

At first, officials suggested the miniature fracture was likely caused by an impact with a tiny meteorite. But now, reports suggest the hole was manmade.

"It seems to be done by a faltering hand," Dmitry Rogozin, CEO of Russia's state space corporation Roscosmos, told the Russian news agency TASS. "It is a technological error by a specialist. It was done by a human hand -- there are traces of a drill sliding along the surface."

According to Russia Today, the person responsible for the hole has been identified.