TEHRAN, September 04 - Manufacturing activity took a hit from weak orders in August, surveys showed, a sign firms are feeling the pinch from an intensifying trade war between the United States and China that could derail global growth. 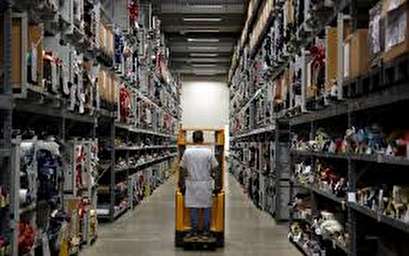 TEHRAN, Young Journalists Club (YJC) -Manufacturing activity took a hit from weak orders in August, surveys showed, a sign firms are feeling the pinch from an intensifying trade war between the United States and China that could derail global growth.

Surveys of purchasing managers released on Monday showed mounting pressure on factories across Europe and Asia, with later data expected to show the United States is in the same grip. [EUR/PMIM] [GB/PMIM]

However, growth remained relatively robust and was unlikely to deter major central banks from moving toward tighter monetary policy.

“While we remain alert to the risk of a further loss of momentum from factors such as more protectionism and liquidity shocks, we still think that the most likely scenario is a modest slowdown after the exceptional performance of 2017,” said Ben May at Oxford Economics.

Global stock markets fell for a third straight day on Monday, hurt by worries over further escalation of global trade tensions and the deepening sell-off across emerging market currencies.

The fear is the escalating tariff conflict will freeze business investment and trade in a blow to global growth.

Trump has said he is ready to implement new tariffs as soon as a public comment period on the plan ends on Thursday, which would be a major escalation after Washington already applied tariffs on $50 billion of exports from China.

While U.S. growth remains solid for now thanks to huge tax cuts, some analysts say it has now peaked.

Another poll showed a similarly cautious outlook for euro zone growth over the remainder of this year and in 2019.

Monday’s surveys showed euro zone manufacturing growth slowed to a near two-year low in August as optimism dwindled while British manufacturers had their weakest month in over two years - a warning that a world economic slowdown, as well as the approach of Brexit, is weighing on the country’s factories.

“The main reason for the fall in the headline orders was a contraction in export orders, suggesting that the possibility of a ‘no deal’ exit from the EU in March and a moderation in global growth is starting to weigh more heavily on the sector,” said Andrew Wishart at Capital Economics about the British reading.

In Germany, Europe’s biggest economy, there are signs global trade tensions are having a more noticeable impact with industrial orders figures for July expected to show only a small rise, after falling by the most in nearly a year-and-a-half in June.

China’s vast manufacturing sector grew at the slowest pace in more than a year in August, with export orders shrinking for a fifth month.