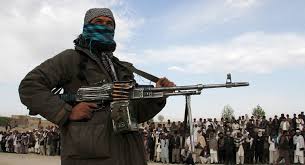 TEHRAN, Young Journalists Club (YJC) - Pompeo made the announcement on Tuesday as Khalilzad joined him on a trip to Pakistan and India. Pompeo was speaking to reporters aboard his plane.

An Afghan native, Khalilzad was tapped by President George W. Bush to be his ambassador to Afghanistan after the overthrow of the Taliban following the Sept. 11, 2001, terrorist attacks. He then served as ambassador to Iraq and the United Nations.

Share to
Related News
On trip to Pakistan, US secretary of state seeks 'reset' in strained ties
Tags
US ، Afghanistan ، envoy
Your Comment