TEHRAN, September 05 - Cambodia's parliament on Wednesday held its first session since a July general election in which Prime Minister Hun Sen's ruling party claimed victory but which critics called a sham because of the lack of a viable opposition. 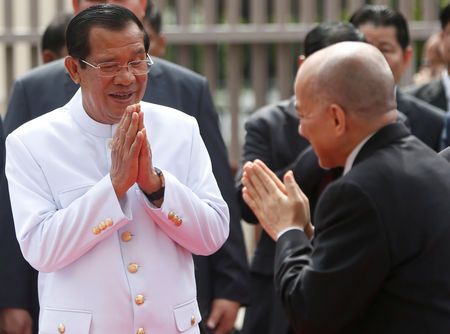 TEHRAN, Young Journalists Club (YJC) - The United Nations and Western countries have described the election as flawed after the Supreme Court last year dissolved the main opposition Cambodia National Rescue Party (CNRP) over accusations of plotting to topple the government.

King Norodom Sihamoni presided over the opening session of parliament after Hun Sen's Cambodian People's Party (CPP) won all 125 parliamentary seats up for grabs in the July 29 vote.

"All members of parliament, who represent the whole nation, will expend more vigorous efforts helping people to enjoy equal access to religious belief, education, decent jobs," the king said in his opening speech.

Absent were Australia, the European Union and the United States whose relationship with Cambodia has cooled considerably since Hun Sen and his allies launched a campaign aimed at silencing critics in the election run-up.

"Given Australia's views on the flawed election process, Australia will not be represented at the inauguration of Cambodia's National Assembly," Rebecca Chirichiello, spokeswoman of its department of foreign affairs and trade, told Reuters.