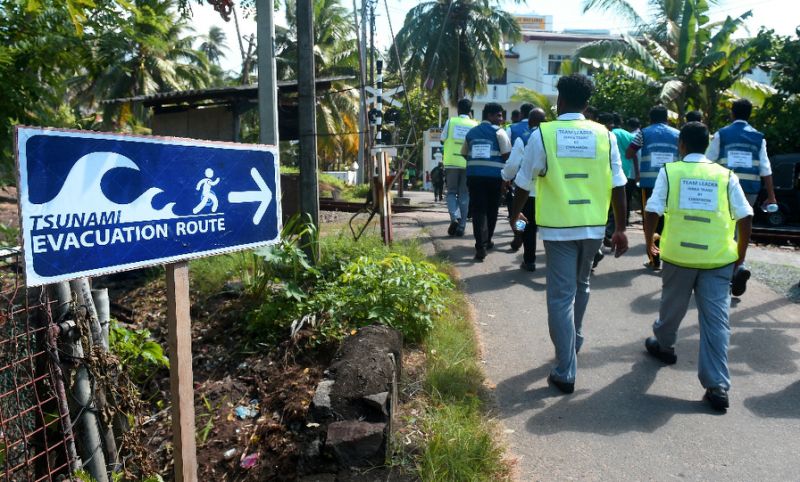 TEHRAN, Young Journalists Club (YJC) - The drill simulated a magnitude 9.3 earthquake off the west coast of Indonesia's Sumatra island. A total of 24 countries bordering the Indian Ocean, from Australia to Yemen, are taking part in the biennial disaster-preparedness exercise.

The UN-organized drill saw some 125 students in Meulaboh -- a coastal town in Aceh province hammered by the 2004 disaster -- hide under their desks when a mock quake struck before they ran to an open field once the shaking had stopped.

The group then fled to higher ground as tsunami sirens blared, with several other communities across the country also taking part in Exercise Indian Ocean Wave 2018.
Indonesia is one of the most disaster-prone nations on earth.

The archipelago nation lies on the Pacific "Ring of Fire", where tectonic plates collide and many of the world's volcanic eruptions and earthquakes occur.
In December 2004 a tsunami triggered by a magnitude 9.3 earthquake off the coast of Sumatra killed 220,000 people in countries around the Indian Ocean, including 168,000 Indonesians mostly in Aceh.
Indonesia's meteorology, climatology and geophysics agency (BMKG) took part in the latest exercises, meant to give countries an opportunity to test their operating procedures, communications and evacuation preparedness.
"This drill will give us a valuable insight... into how we can improve our disaster readiness system," Rahmat Triyono, head of BMKG's earthquake and tsunami division, told a press briefing Wednesday.
More than 60,000 people across the region took part in community evacuations during the last exercise in 2016, the UN said.
Sri Lanka -- which lost 30,000 people to the 2004 disaster -- was holding evacuation drills in three coastal districts Wednesday.
"Our target is to ensure that we complete the evacuation of the coastal areas within 10 minutes of sounding the alarm," Disaster Management Minister Duminda Dissanayake said Tuesday.
"We want to bring down that time to about seven minutes."
Source: AFP