US President Donald Trump has accused American social media companies of interfering with the 2018 congressional elections in November, calling them “super liberal,” without appearing to offer any evidence. 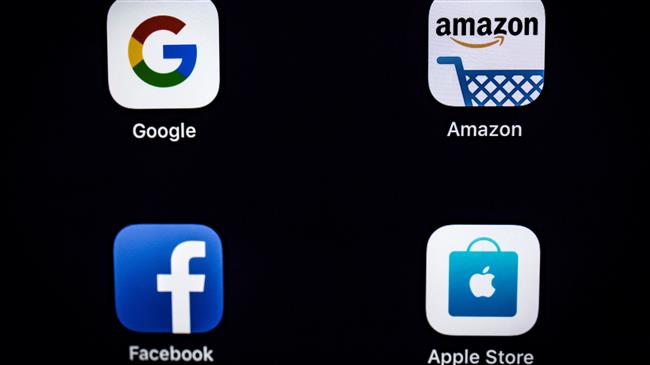 TEHRAN, Young Journalists Club (YJC) -Referring to such companies, which include Facebook, Twitter and Google, Trump told the Daily Caller news outlet in an interview conducted on Tuesday that “I think they already have” interfered in the November 6 election.

“The true interference in the last election was that — if you look at all, virtually all of those companies are super liberal companies in favor of Hillary Clinton,” he added, referring to his Democratic opponent in the 2016 White House contest.

The Republican president’s accusation added to recent charges he has made of political bias against him by social media companies and search engines.

Facebook and other tech companies have denied any political bias. Executives from the companies have traveled to Washington several times to testify in Congress in recent months.

Facebook, Twitter and other technology firms have been under pressure for many months for failing to combat ongoing foreign efforts to influence US politics as well as concerns over user privacy.

US intelligence agencies claim that Russia used social media to interfere in the 2016 US presidential election with the aim of tilting the election in Trump’s favor.

Moscow has denied any interference and Trump has repeatedly dismissed investigations of the issue as a partisan witch hunt or hoax.

Some Republicans have also charged social media companies with bias against Trump and other conservatives.

Last week Trump accused Google’s search engine of promoting negative news articles and hiding “fair media” coverage of him, vowing to address the situation without providing evidence or giving details of action he might take.