TEHRAN, September 05 -Russia has accused the United Kingdom of "manipulating information" concerning a nerve agent attack in March on a former spy in the city of Salisbury after the British authorities charged two Russians. 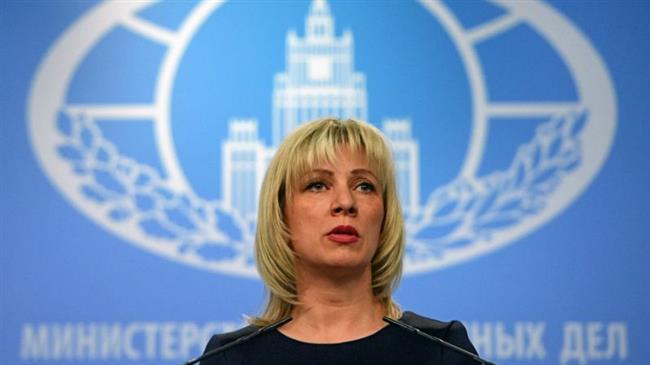 TEHRAN, Young Journalists Club (YJC) - "The names published by the media, like their photographs, mean nothing to us," Russia's Foreign Ministry spokeswoman Maria Zakharova said Wednesday.

British police named Alexander Petrov and Ruslan Boshirov as the main suspects in the attempted murder of Russia's former double agent Sergei Skripal and his daughter Yulia with Novichok.

According to the UK authorities, the names were likely to be aliases.

"We once again call on the British side to switch from public accusations and manipulating information to practical cooperation through law enforcement agencies," Zakharova said in televised remarks.

Alexander Shulgin, Russia's permanent representative at the Organization for the Prohibition of Chemical Weapons (OPCW), also denounced the UK statement as a "provocation."

"Right from the start we said that Russia has nothing to do with what happened in Salisbury," Shulgin told Russian state television.

The UK's Crown Prosecution Service (CPS) said it would not request their extradition “as the Russian constitution does not permit extradition of its own nationals." However, it said it obtained a European arrest warrant for the two men.

Back on March 4, the British authorities announced that Skripal, 66, and his 33-year-old daughter, Yulia, had been hospitalized since they had been found unconscious on a bench outside a shopping center in Salisbury.

Days later, they also announced that both victims had been exposed to Novichok, accusing Moscow of carrying out the attack yet declining the Kremlin’s request for a sample of the chemical agent.

The Kremlin has vehemently rejected any involvement, saying the substance could have originated from the countries studying Novichok, including the UK itself, Slovakia, the Czech Republic and Sweden. Moscow has already described the whole bunch of claims as a “circus show” hosted by the British authorities.

The UK reported another attack on a British couple with the same nerve agent in the nearby town of Amesbury. One of the two citizens, Dawn Sturgess, died in July. Russia strongly rejected the idea that Moscow could have been behind the poisoning incident.