TEHRAN, September 05 -Paraguay says it will move its embassy in Israel back to Tel Aviv, reversing a May decision by former President Horacio Cartes to move the diplomatic site to Jerusalem al-Quds. 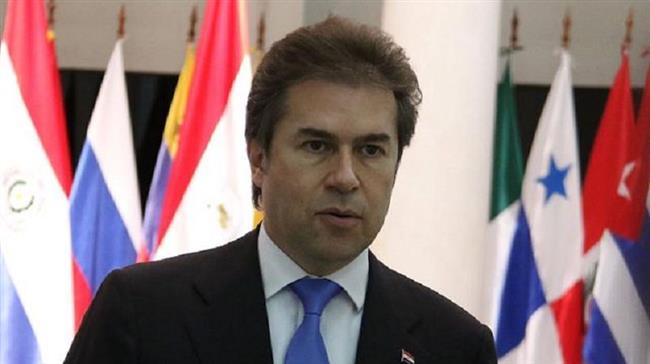 "Paraguay wants to contribute to an intensification of regional diplomatic efforts to achieve a broad, fair and lasting peace in the Middle East," the top Paraguayan diplomat said.

Cartes had traveled to Israel to inaugurate the new embassy in May. His successor Mario Abdo, also a member of the conservative Colorado party, took office last month.

Palestinians had at the time condemned Paraguay for relocating its embassy to the holy city.

Paraguay had been among the first countries that agreed to transfer its embassy after US President Donald Trump on December 6 recognized Jerusalem al-Quds as Israel's "capital" in December, infuriating widespread international condemnation.

The move by Trump received negative reaction from almost all of Washington's allies, including the European Union, Britain, Germany and France.