TEHRAN, September 05 -Iranian Foreign Minister Mohammad Javad Zarif has blasted US President Donald Trump for attempting to hijack an upcoming United Nations Security Council meeting during the annual gathering of world leaders to turn it to an anti-Iran event. 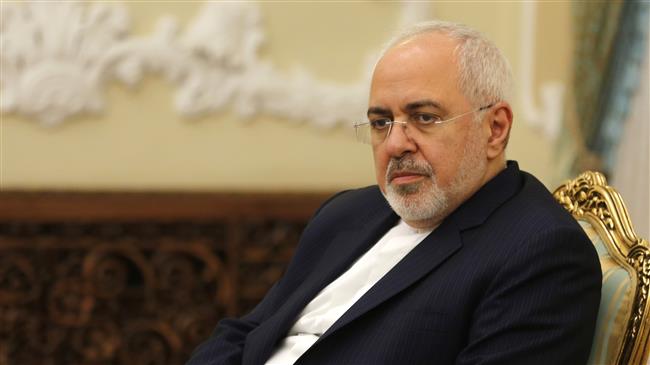 TEHRAN, Young Journalists Club (YJC) - In a Twitter post on Wednesday, Zarif said Trump is seeking to “abuse” the presidency of the Security Council to divert a session, which has been devoted to Palestine for decades in a bid to blame Iran for horrors the United States and its clients have unleashed across the Middle East.

Zarif said the US had already violated the only UNSC resolution on Iran, referring to Resolution 2231 that endorses the 2015 nuclear deal between Tehran and six world powers-- the US, the UK, France, China, Russia and Germany.

US Ambassador to the UN Nikki Haley, who assumed the Presidency of the Security Council for the month of September, said Tuesday that Trump was going to chair a meeting of the 15-nation body on Iran on September 26, where he would discuss Iran's “violations of international law.”

Trump pulled the US out of the landmark Iran nuclear deal, officially called the Joint Comprehensive Plan of Action (JCPOA), in May, claiming the agreement was ineffective as it failed to halt Iran's nuclear activities and its development of ballistic missiles.

The US leader also alleged that the JCPOA had placed no limits on Iran’s activities to influence conflicts in Syria, Iraq, Yemen and other parts of the Middle East.

Since its withdrawal from the JCPOA, Washington has sought to build up international pressure on Iran by re-instating Washington’s unilateral sanctions that were removed under the deal.

The first round of the sanctions targeting the Islamic Republic's trade in US dollars, gold and other precious metals as well as its automotive sector came into effect on August 7. The remaining sanctions to be re-imposed on November 5 relate to Iran’s oil exports.

Iran has rejected Trump's claims about the JCPOA, saying it would continue to implement the deal in Washington's absence. Other signatories have also reaffirmed their commitment to the agreement.

Tehran has also defended its right to develop missile deterrence as part of its national defense doctrine while also helping its neighbors maintain their stability amid military and political interventions by the US and other Western powers.

Russia’s Deputy UN Ambassador Dmitry Polyanskiy said the UNSC meeting should focus on the implementation of the JCPOA.

“We very much hope that there will be views voiced in connection with the US withdrawal,” he told the council.