Japan talking ‘tenaciously’ to US on Iran oil imports

TEHRAN, September 06 - Japan said it is pressing the US for exemptions from new sanctions to continue oil imports from Iran. 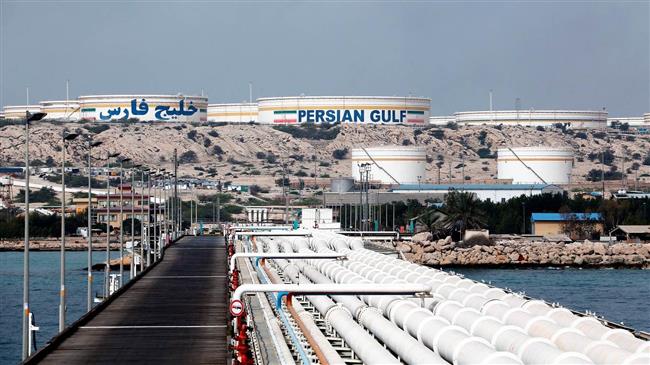 TEHRAN, Young Journalists Club (YJC) - "In any case, the government intends to have talks with the US tenaciously in order to continue Iranian crude oil imports," Minister of Economy, Trade and Industry (METI) Hiroshige Seko said.

Japanese officials have said they need Iranian oil and have cited exemption from US sanctions as among their highest priorities for the country’s energy industry.

Refiners have rushed to take cargoes before US sanctions come into effect in November.

In July, Japan lifted more than 183,000 barrels per day of Iranian oil, raising imports for the third consecutive month year on year.

According to METI data released Friday, Iran was Japan’s fifth largest crude supplier in July, accounting for 6.3% of imports.

Japanese refiners, however, are worried about punitive US measures if they maintain their Iranian oil imports and expecting guidance from the government.

Seko, however, said the country’s refiners need to make their own decisions as to whether import oil from Iran.

Platts quoted an Idemitsu Kosan spokesman as saying that the refiner has yet to decide on its Iranian oil policy. The company, he said, is still carefully monitoring the progress of the bilateral talks between Japan and the US.

Cosmo Oil also said it has yet to make a final decision on its Iranian crude oil policy but it does not plan to load any crude oil from Iran in October.

Iranian President Hassan Rouhani has warned that no oil would pass through the Strait of Hormuz in the Persian Gulf if Iranian exports were blocked.

Washington is trying to stop Iran’s petrochemical, steel and copper exports, and to disrupt its ports and shipping services.

Rouhani said on Tuesday Iran is facing a "psychological and economic war in which oil, gas and petrochemical industries are at the forefront of confronting the ill-wishers."

Rouhani said Iran has started moving its main export terminal in Kharg on the Persian Gulf to Jask in the Sea of Oman.

Speaking during the inauguration of three petrochemical projects, Rouhani said Iran must streamline oil shipments and use terminals outside the Persian Gulf.

“This is very important for me and a strategic issue. A large part of our oil sales should be moved from Kharg to Jask and the work has started and God willing, it will be completed in the twelfth government,” he said, referring to his tenure.

The waterway is a strategic artery linking Middle East crude producers to key markets in Asia Pacific, Europe, North America and beyond, through which a third of the world's sea-borne oil passes every day.