TEHRAN, September 06 - The Russian government has categorically rejected the UK's "unacceptable" claim that Kremlin had been involved in a nerve agent attack in March on a former spy in Salisbury. 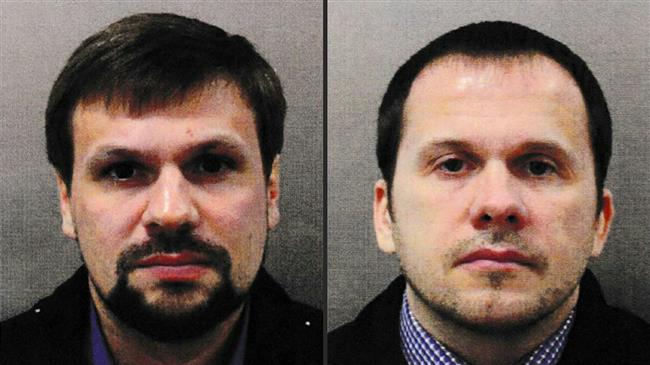 "Neither Russia's top leadership nor those in the ranks below, nor any official representatives have anything to do with the events in Salisbury," Peskov noted, reiterating the Kremlin's position regarding the attack on former spy Sergei Skripal and his daughter Yulia in Salisbury.

The remarks came after British police named Alexander Petrov and Ruslan Boshirov as the main suspects in the attempted murder of the former double agent.

The Russian Foreign Ministry spokeswoman Maria Zakharova had earlier accused the UK of "manipulating information" concerning the nerve agent attack and pursuing a "witch-hunt" against Russia, stressing that the names published by the British police meant nothing to the Kremlin.

The two men which London says were behind the March attack have been identified by the UK as members of the Russian military intelligence service GRU.

On Wednesday, UK Prime Minister Theresa May told MPs that the attack was carried out by the two GRU agents and sanctioned at a "senior level" in the Russian state.

Ben Wallace, the UK's security minister, even went further on Thursday by saying that Russian President Vladimir Putin bore ultimate responsibility for the action of his spies.

"Ultimately, he does insofar as he is President of the Russian Federation and it is his government that controls, funds and directs the military intelligence - that's the GRU - via his minister of defense," the British minister said.

In reaction, the Russian Embassy in London posted a series of tweets questioning  the credibility of British allegations, citing the intelligence evidence used to build the case for the 2003 invasion of Iraq.

Skripal, 67, and his daughter were found unconscious on a bench in Salisbury city center on March 4 and spent weeks critically ill in hospital.