TEHRAN, September 06 - Britain's security minister has directly blamed Russian President Vladimir Putin for a poisoning attack in March in the southern English city of Salisbury a day after London named two suspects for an incident that has caused relations between the two countries to sink to historic lows. 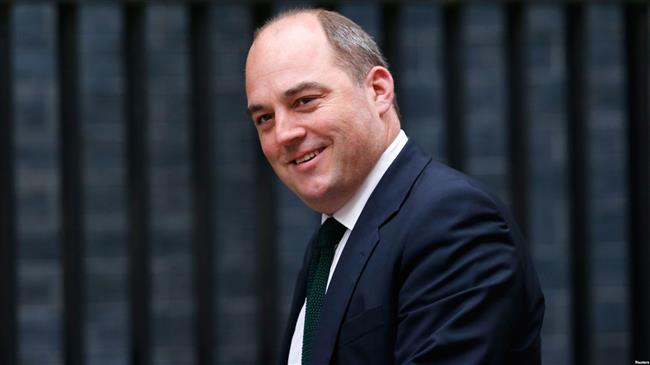 TEHRAN, Young Journalists Club (YJC) -Ben Wallace said Thursday that Putin bore "ultimate responsibility" for the attack on a former Russian spy and his daughter which the British authorities claim had been carried out with a Soviet-era military-grade nerve agent called Novichok.

“Ultimately of course he is responsible, he is leader of the state,” said Wallace in an interview with the BBC radio, adding, “Ultimately he does in so far as he is the president of the Russian Federation and it is his government that controls, funds and directs the military intelligence.”

Prime Minister Theresa May told British parliament on Wednesday that authorities had identified the suspects for the attack on former spy Sergei Skripal and his daughter as two Russian nationals traveling to Britain on genuine passports.

May said his government's conclusion was that the two, who were in Britain under the aliases Alexander Petrov and Ruslan Boshirov, were officers in Russia’s military intelligence service, the GRU. The premier, too, blamed the higher echelons of the Russian government for ordering the attack.

“The GRU is a highly disciplined organization with a well-established chain of command, so this was not a rogue operation ... It was almost certainly also approved outside the GRU at a senior level of the Russian state,” May said in her address to the House of Commons.

However, a Kremlin aide reiterated Thursday that Britain’s naming of names in Skripal cases were just irrelevant.

“We have heard or seen two names, these names mean nothing to me personally,” Yuri Ushakov told reporters in Moscow, adding, “I don’t understand why this was done and what sort of signal the British side is sending.”

Despite being targeted with sanctions and diplomatic actions over the Skripal case, Russia has consistently denied any involvement in the poisoning. Some Russian authorities maintain that the move was orchestrated by British intelligence services in a bid to enable London and other Western capitals to pile more pressure on Russia.