US envoy: Syria’s Golan may remain under Israeli occupation ‘forever’

TEHRAN, September 06 -The US ambassador to Israel says Washington could recognize the occupied side of Syria’s Golan Heights as Israeli territory, as the administration of President Donald Trump speeds up its support for the regime’s widely-criticized land theft policies. 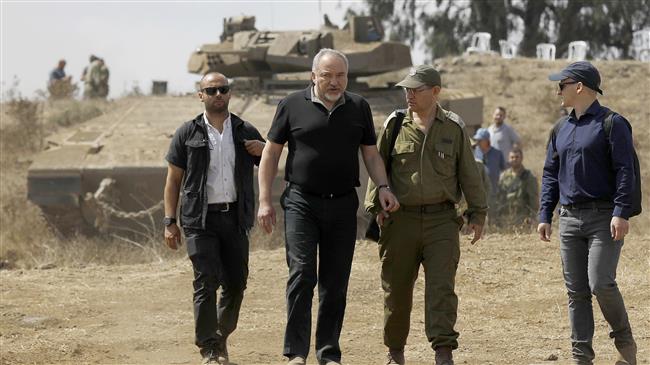 Friedman’s remarks contradicted those by US National Security Advisor John Bolton, who said late last month that the Trump administration was not discussing possible US recognition of Israel’s annexation of the occupied Syrian territory.

Asked about that contradiction, the US envoy said Bolton was describing the current situation and not the future stance of the US on this issue.

Israel seized some two thirds of the rocky plateau in southwestern Syria during the 1967 Six-Day War.

Syria once tried to retake the territory in 1973, but it failed to do so despite inflicting heavy losses on the Israeli military. The two sides signed an armistice a year later while a UN peacekeeping force was deployed to the region to monitor the ceasefire.

In 1981, Israel unilaterally annexed the occupied territory in a move not recognized by the international community.

The regime has over the past decades built some 30 settlements – with an estimated 20,000 settlers -- on the Golan Heights in defiance of international calls for the regime to stop its construction activities on occupied land.

Since 2011 – when foreign-sponsored militancy first broke out across Syria – the Israeli regime has been using Golan to prop up the terrorists fighting to topple the Damascus government.

The UN mission pulled out of Golan in 2014, when al-Qaeda-linked terrorists overran the area and kidnapped dozens of Fijian peacekeepers.

Friedman’s comments came only days after the Israeli army admitted, for the first time, that it provided large amounts of cash, weapons and ammunition to the terrorists operating in the occupied Golan Heights.

In recent months, the Syrian army, backed by Russia and Iran, has dealt heavy blows to those Takfiri terror groups operating in areas near the occupied Golan Heights. It is now on the verge of fully liberating southern Syria from Tel Aviv-backed militants, prompting serious concerns in Israel.

With the return of relative stability to those regions, Syria and the UN are in talks on the redeployment of peacekeepers to Golan.

Highly emboldened by Washington’s relocation of its embassy from Tel Aviv to the occupied Palestinian city of Jerusalem al-Quds, the regime is widely reported to be pushing the Trump administration to recognize its annexation of Syrian soil.

Yisrael Katz, Israel’s intelligence minister, told Reuters in May that Washington’s recognition of Tel Aviv’s illegal annexation of Golan is “topping the agenda” in talks with the US.