Rescuers with dogs search for survivors after deadly Hokkaido quake

TEHRAN, September 07 - Rescue workers with dogs searched for survivors on Friday in debris-strewn landslides caused by an earthquake in Japan's northern island of Hokkaido that killed at least 16 people, officials said, with 26 still missing. 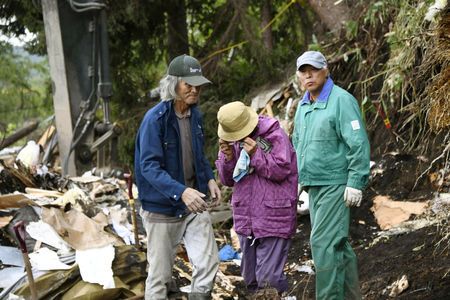 TEHRAN, Young Journalists Club (YJC) - Electricity was restored to nearly half the island's 5.3 million residents after a blackout triggered by Thursday morning's 6.7-magnitude quake. There were also widespread transport cuts after the pre-dawn quake, the latest natural disaster in a deadly summer in Japan.

Nearly 5,000 people spent the night in evacuation centers where food was distributed in the morning.

"It was an anxious night with several aftershocks, but we took encouragement from being together and now we're grateful for some food," one woman told public broadcaster NHK.

Prime Minister Shinzo Abe told an emergency meeting early on Friday that 22,000 rescue workers had worked through the night to search for survivors.

With rain forecast for Friday afternoon and Saturday, he urged people to be careful about loose soil that could cause unstable houses to collapse or further landslides.

"We will devote all our energy to saving lives," Abe said.

Hokkaido Electric Power Co. aimed to bring more than 80 percent of the 2.95 million households back online by the end of Friday, industry minister Hiroshige Seko said.

The island, about the size of Austria, is a popular tourist destination known for its mountains, lakes and seafood.

Soldiers in fatigues and orange-clad rescue workers searched for survivors, picking through debris on huge mounds of earth near the epicenter in Atsuma in southern Hokkaido. Aerial footage showed rescuers with dogs walking through the destruction.

All 26 missing people are from the Atsuma area, where dozens of landslides wrecked homes and other structures and left starkly barren hillsides.

"I just hope they can find him quickly," one unidentified man told NHK as he watched the search for his missing neighbor.

The quake damaged the big Tomato-Atsuma plant, which normally supplies half of Hokkaido’s power and is located near the epicenter, forcing it to automatically shut down. That caused such instability in the grid that it tripped all other power stations on the island, causing a full blackout.

Hokkaido Electric was bringing other smaller plants back.