TEHRAN, September 07 - Iranian Foreign Minister Mohammad Javad Zarif and his Turkish counterpart, Mevlut Cavusoglua, held talks in Tehran ahead of a trilateral summit between the presidents of Iran, Russia, and Turkey on the protracted crisis in Syria. 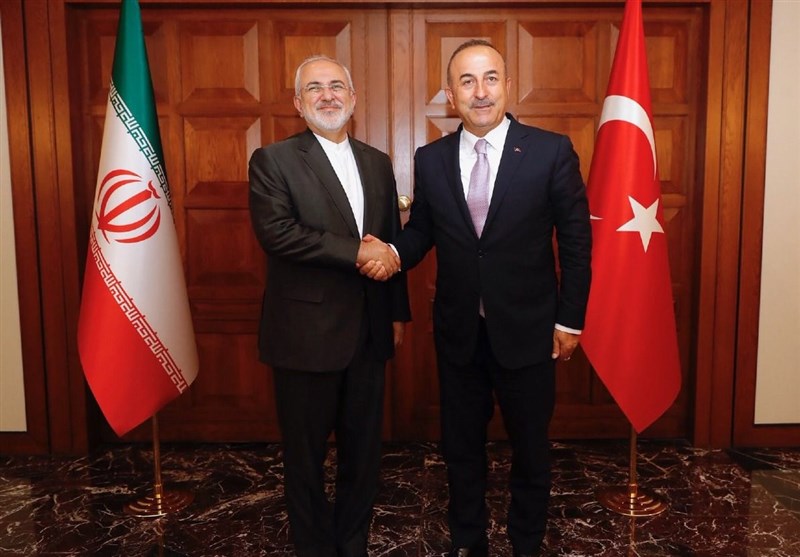 TEHRAN, Young Journalists Club (YJC) - “Visiting Tehran on the occasion of #Turkey-#Iran-#RussianFederation trilateral summit on Syria to be held tomorrow with the participation of President @RT_Erdogan,” Cavusoglua said on his Twitter account on Thursday.

“We had a meeting with Foreign Minister Javad Zarif upon our arrival,” the Turkish top diplomat added in his tweet.

The summit between Iranian President Hassan Rouhani and his Russian and Turkish counterparts, Vladimir Putin and Recep Tayyip Erdogan, is slated be held in Tehran on Friday.

According to Iranian Foreign Ministry Spokesman Bahram Qassemi, the summit is not expected to resolve all issues surrounding the prolonged crisis in Syria but it can facilitate more steps to combat terrorism and restore tranquility to the Arab country.