TEHRAN, September 07 - Turkey has reportedly begun building a site for the advanced Russian-built S-400 air defense missile system, regardless of strong opposition from the United States to the plan and warnings that Ankara should not buy the anti-aircraft platform. 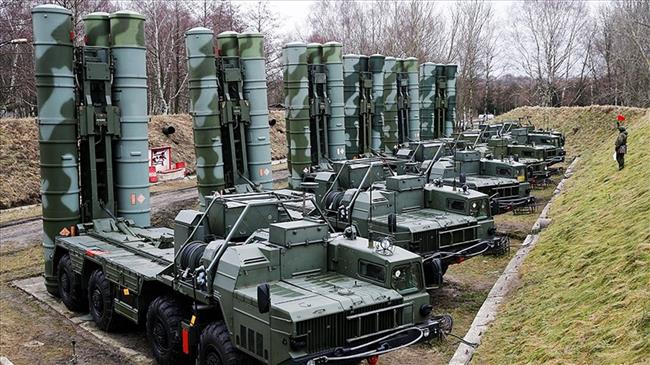 TEHRAN, Young Journalists Club (YJC) -Business and financial television news network CNBC, citing a source with firsthand knowledge of an intelligence report covering the subject, reported that the assessment was conducted a month ago, and it includes satellite imagery of a concrete launch facility as well as bunkers.

The source further noted that the work at the site fits the pattern for Russia's S-400 surface-to-air missile system.

The report gave no indication about where the site is located in Turkey.

A number of the US-led North Atlantic Treaty Organization (NATO) member states have criticized Turkey over its planned purchase of the S-400 missile defense systems from Russia, stating that move could jeopardize Ankara's acquisition of F-35 fighter jets.

On July 15, the top American Air Force general in Europe warned that the Turkish government’s plan to purchase Russian S-400 systems would give the advanced air defense shield deep insight into the US radar-evading F-35 fighter jets.

“Anything that an S-400 can do that affords it the ability to better understand a capability like the F-35 is certainly not to the advantage of the coalition,” General Tod Wolters, who is also the NATO Allied Air Commander, said.

“We will not just buy the S-400s and place them in a storehouse. We will use them if need be. These are defense systems. What are we going to do with them if not use these defense systems? Are we going to depend on the United States again? We have been demanding them for years, but the answer given to us has been: The [US] Congress is not allowing. We are tired of this,” he said in remarks broadcast live by private Turkish-language TGRT Haber television news network on June 12.

Erdogan and his Russian counterpart Vladimir Putin said in the Turkish capital Ankara on April 3 that they had agreed to expedite the delivery of S-400 missile systems. The delivery is expected to start between late 2019 and early 2020.

The developments came only two days after Sergey Viktorovich Chemezov, the Chief Executive Officer of Russian state corporation Rostec, told the Kommersant daily newspaper that Russia would supply Turkey with four batteries of S-400, worth $2.5 billion each, and Moscow was expected to begin the first deliveries in March 2020.

Chemezov added that Turkey would pay 45 percent of the cost of the agreement up front, while Russia would provide loans to cover the remaining 55 percent.

The S-400 system, whose full name is the Triumf Mobile Multiple Anti-Aircraft Missile System (AAMS), is an advanced Russian missile system designed to detect, track, and destroy planes, drones, or missiles as far as 402 kilometers away. It has previously been sold only to China and India.

Turkey is striving to boost its air defense, particularly after Washington decided in 2015 to withdraw its Patriot surface-to-air missile system from Turkey's border with Syria, a move that weakened Turkey’s air defense.

Before gravitating towards Russia, the Turkish military reportedly walked out of a $3.4 billion contract for a similar Chinese system. The withdrawal took place under purported pressure from Washington.

Ankara’s ties with its Western allies in NATO have been strained over a range of issues.

Erdogan has been critical of Washington for supporting Kurdish groups in Syria that he says are responsible for terror attacks inside Turkey.

The Turkish leader has also slammed American officials for rejecting his requests to hand over Fethullah Gulen, a powerful opposition figure living in the US, whom Ankara accuses of having masterminded the July 2016 coup attempt.