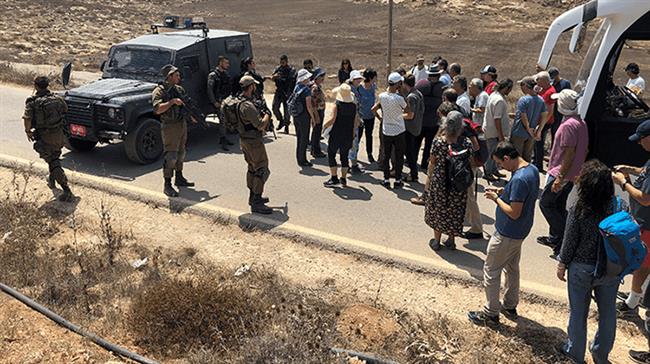 The writer of the article, Eric Goldstein, who is HRW's deputy director for Middle East and North Africa division, reports a story related to Israeli occupation, illegal settlements, assault by settlers and the military supporting all this.

In the article, the writer concludes that Israeli settlers are being emboldened by the military to carry out any illegal activity they want, while human rights activists telling the truth about Israeli occupation are being increasingly targeted by Israeli forces.

"Human rights defenders working to draw attention to abuses associated with Israel’s occupation of the Palestinian Territory are being increasingly targeted as a result of their work," according to a report released by the Office of the UN High Commissioner for Human Rights .

Less than a month before US President Donald Trump took office in January 2017, the United Nations Security Council adopted Resolution 2334, calling on Israel to “immediately and completely cease all settlement activities in the occupied Palestinian territories, including East Jerusalem” al-Quds.

The last round of peace talks between Israel and Palestinian negotiators collapsed in 2014.

Among the main unresolved issues in those negotiations was Israel’s illegal settlement construction on Palestinian lands.