TEHRAN, September 08 -Rheinmetall has received a $497.2 million contract for medium and heavy-lift military trucks for Australia's Land 121 Phase 5B project. 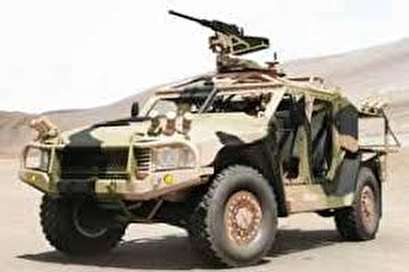 The Duesseldorf, Germany-based company announced this week it has been selected to supply the Australian Defense Force with more than a thousand military trucks and associated equipment.

Rheinmetall is in the third phase of project 3B, which is supplying Australia with 2,500 medium and heavy military trucks worth a total of $1.29 billion. The new trucks will be delivered from the Rheinmetall plant in Brisbane, Australia, as part of the Land 121 Phase 5B project.

"This follow-up order is of great strategic significance to us, providing an excellent reference for other important international projects," Armin Papperger, CEO of Rheinmetall AG, said in a press release.

"It reflects Australia's satisfaction with our performance and the quality of our vehicles. Rheinmetall's latest success in the Asia-Pacific region proves that our products are at the cutting edge of technology, and that the customer see in us a proven and reliable partner, fully capable of carrying out sophisticated large-scale projects," Papperger said.

When completed, Land 121 will deliver around 7,500 armored and soft-skin trucks and utility vehicles for battlefield mobility, support and combat.