TEHRAN, September 08 -Australia and New Zealand say they will send surveillance aircraft to Japan to help the enforcement of United Nations sanctions against North Korea. 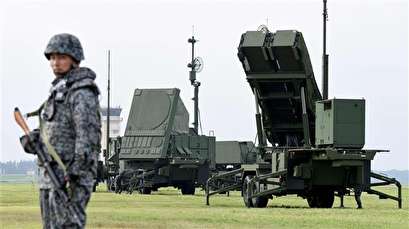 The maritime patrol planes are reportedly on the lookout for ship-to-ship transfers of oil and goods by North Korean vessels, which is in violation of UN sanctions imposed over Pyongyang’s nuclear and missile programs.

"It is a continuation of our strong stand to deter and disrupt illicit trade and sanctions evasion activities by North Korea and its associated networks," he added.

“We welcome the recent dialogue North Korea has had with the United States and South Korea. However, until such time as North Korea abides by its international obligations, full implementation of the United Nations Security Council sanctions resolutions will be essential,” Peters said.

The Japanese Defense Ministry welcomed the involvement of Australia and New Zealand in a statement and said such undertaking would help effectively enforce the UN sanctions.

“The Japan Maritime Self-Defense Force and the Japan Coast Guard are also conducting information gathering activities for vessels suspected to be in the violation of UNSCRs, and Japan will work closely with related countries,” the statement said.

The aircraft will be operating out of US Kadena Air Base on Okinawa in southwestern Japan and in the vicinity of the Korean Peninsula from mid-September, according to the Japanese Defense Ministry.

North Korea has been under a raft of crippling UN sanctions since 2006 over its nuclear tests as well as multiple rocket and missile launches. Pyongyang has firmly defended its military program as a deterrent against the hostile policies of the US and its regional allies, including South Korea and Japan.

US President Donald Trump said on Friday that a letter from North Korean leader Kim Jong-un, which he believes will be positive, is on its way to him.

"It's being delivered. It's actually an elegant way. The way it used to be many years ago before we had all the new contraptions that we all use," Trump said. "But a letter is being delivered to me and I think it's going to be a positive letter."

A US State Department official later confirmed that Secretary of State Mike Pompeo had received a letter from the North Korean leader to the US president.

The two leaders have already traded correspondence as they negotiate over North Korea’s nuclear and ballistic missile programs.

Kim met with Trump in Singapore in June. The two sides agreed to the denuclearization of the Korean Peninsula. While the summit was seen as a test for diplomacy that could end the long-running nuclear standoff, foreign policy experts say the stakes are high if it does not result in a nuclear agreement.

The North Korean leader has already told Trump that denuclearization depends on ceasing antagonism between the two countries, while the United States says tough sanctions will remain in place against Pyongyang until its complete denuclearization.

North Korea has stressed that its nuclear arsenal is a deterrent against potential aggression by the United States.