Ex-British FM Johnson booed for cheating in his marriage

TEHRAN, September 08 - Former British foreign minister Boris Johnson has been booed during a cricket match in London after reports in the media suggested he has been unfaithful in marriage and have been involved in affairs with several women over the years, including a current one that led to divorce. 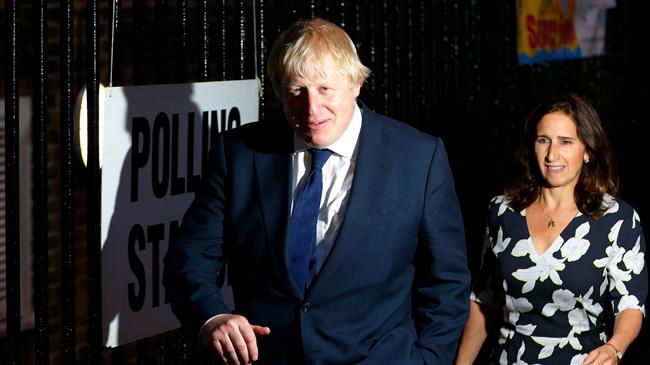 TEHRAN, Young Journalists Club (YJC) - Johnson, 54, who is believed to have a high chance of becoming the next British prime minister, was booed by fans after he was shown on a big screen at the England-India Test match on Saturday, according to the website of the Mirror newspaper.

The public reaction came amid reports that Johnson’s current affair with an attractive blonde aide from the Conservative Party caused his marriage with Marina Wheeler to come to an end following 25 years of union.

Johnson and Wheeler announced in a joint statement on Friday that they had been separated for months and that divorce proceedings had started.

“Several months ago, after 25 years of marriage, we decided it was in our best interests to separate. We have subsequently agreed to divorce and that process is under way,” said the couple who have four children.

Media reports said the separation was because Johnson had repeatedly cheated Wheeler over the years and the wife decided to end the marriage after it became clear that Johnson was in a new relationship with a Conservative Party aide.

Johnson was seen with the aide in the restaurant at lunchtime on Valentine’s Day when he was still foreign minister. Reports said many in the British government had been aware of the affair for months.

Johnson, a former mayor of London and a leading figure in the campaign that persuaded Britons to vote for their country to leave the European Union two years ago, is seen by many as the number one chance to succeed Prime Minister Theresa May if the incumbent fails to reach a withdrawal deal with the EU.

The Conservative lawmaker resigned from the cabinet in protest to May’s Brexit strategy in July. He has since then continued to criticize the government for the way it is handling talks with the EU in a weekly column in the Daily Telegraph.