TEHRAN, September 08 -Russia says terrorists and the Western-backed White Helmets “aid group”, which stands accused of working with Takfiri militants and launching false-flag gas attacks in Syria, have met in the northwestern province of Idlib to stage a chemical attack which they will blame on the government of President Bashar al-Assad. 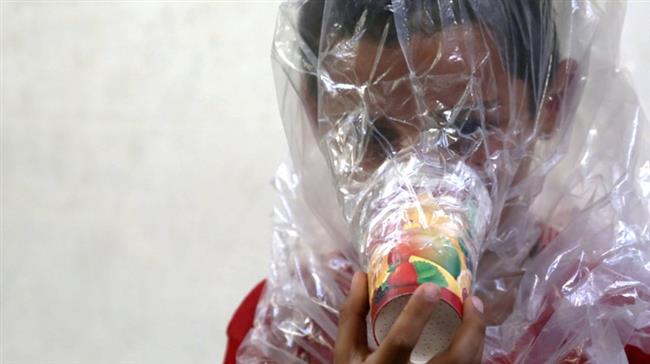 TEHRAN, Young Journalists Club (YJC) - Russian Defense Ministry Spokesman Major General Igor Konashenkov said based on “irrefutable” data terrorist groups, including Jabhat an-Nusra, and members of the so-called rescue group met in Idlib on Sunday to prepare the final scenarios for the chemical attack which will target the cities of Jisr ash-Shugur, Serakab, Taftanaz and Sarmin.

“Full readiness of all participants involved in the staging of the provocations is be ensured by the evening of September 8,” Konashenkov stated.

The Syrian army is preparing to launch a large-scale military operation to recapture Idlib, the last major stronghold of the terrorists in the Arab country.

Syria’s Ambassador to the UN Bashar Jaafari said earlier that Damascus has already submitted information to the UN Security Council that a false flag chemical attack in Idlib is being prepared by the terrorists.

He said they aim to lay the blame on the Syrian government to provoke a western attack.

Last month, Russia’s Defense Ministry said that eight canisters of chlorine had been delivered to a village near Jisr al-Shughur city in Idlib, and that a foreign-trained group of militants had also arrived in the area to simulate a rescue operation after the staged attack.

Syria is facing the threat of being hit by the US and its allies if a chemical attack takes place in the militant-held province.

The US has accused the Syrian government of attacking civilians with chemicals in previous operations, including in Douma near Damascus and in Khan Sheikhun, in Idlib. The Syrian authorities have strongly denied any involvement in either cases, saying the attacks had been carried out by militants to slow Syria’s progress in the fight against terror.

Syria and its allies, including Russia, believe a similar scenario could be staged in Idlib. Moscow has already submitted evidence to the United Nations and the Organization for the Prohibition of Chemical Weapons (OPCW) showing that the terrorists in Idlib are preparing to set up another false flag chemical attack to frame Damascus.

The US has reportedly drawn up a preliminary list of facilities in Syria that could be targeted in case of a false flag chemical attack in Idlib.

Speaking at a Thursday United Nations Security Council meeting about the use of chemical weapons in Syria’s years-long war against foreign-backed terrorists, Russia's UN envoy Vasily Nebenzya said Washington and its military allies, the UK and France, had to reveal where they were going to attack.