TEHRAN, September 08 - An Egyptian court has sentenced to death 75 people for their participation in sit-in protests following the 2013 ouster of democratically elected President Mohamed Morsi. 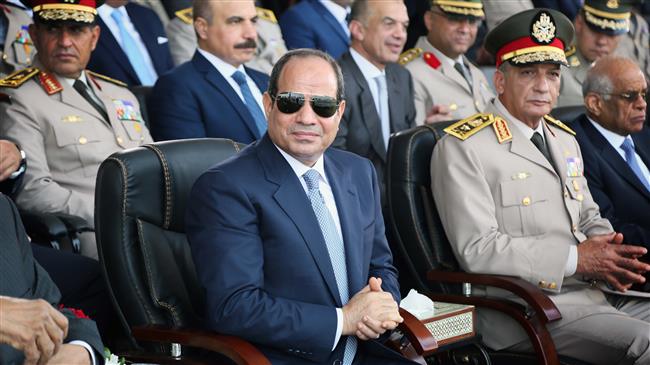 Another 56 defendants were sentenced to life imprisonment, including Mohamed Badie, the spiritual leader of the Muslim Brotherhood.

Prominent photojournalist Mahmoud Abu Zeid, also known as Shawkan, was handed a five-year sentence. He was detained in August 2013 while covering the killings in Cairo.

On August 14, 2013, police dispersed a mass sit-in protest in Cairo's Rabaa al-Adawiya Square. The security forces killed over 800 people in a matter of hours, in what Human Rights Watch (HRW) concluded "likely amounted to crimes against humanity".

Rights groups have criticized the mass trial of more than 700 people in what has become known as the Rabaa case.

Government forces moved in with armored vehicles, bulldozers, and hundreds of security forces moving in the early hours.

According to HRW, nearly 85,000 protesters joined the sit-in, which extended for over 45 days and grew larger and more organized with time.

International rights groups have censured Egyptian authorities for failing to prosecute those members of the security forces who were involved in an August 2013 massacre of hundreds of protesters.

The protest was staged by supporters of Mohamed Morsi, Egypt's first elected president and Muslim Brotherhood leader, who was overthrown by the military a few weeks earlier.

Morsi was sentenced to death on charges of corruption, escaping from prison, and inciting violence before the Court of Cassation overturned that ruling in November last year and ordered a retrial.

Thousands were arrested on the day of the massacre and in the months following.

Since President Abdel Fattah el-Sisi took power in 2014, authorities have justified a crackdown on dissent and freedoms as being directed at saboteurs trying to undermine the state. Death sentences have been handed down to hundreds of his political opponents on charges such as belonging to an illegal organization or planning to carry out an attack.