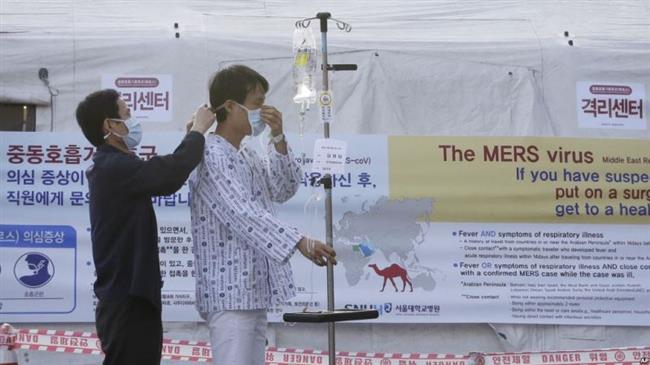 TEHRAN, Young Journalists Club (YJC) - A 61-year-old businessman was diagnosed with the highly contagious viral respiratory illness, according to officials at the Korea Centers for Disease Control and Prevention (KCDC).

He returned to South Korea Friday from a business trip in Kuwait where he stayed for three weeks, the KCDC said in a statement.

"Authorities have traced and separated 20 people who have come in close contact with the infected person," KCDC head Chung Eun-gyeong told journalists.

They include medical staff, flight attendants and passengers of the plane the man flew back to South Korea on, she said.

He was hospitalized with fever and phlegm and has been quarantined at a university hospital, she added.

It is the first case of MERS diagnosed in South Korea since 2015, when an outbreak killed 38 people and triggered widespread panic.