TEHRAN, September 08 - Scores of Saudi soldiers and Saudi-sponsored militiamen loyal to Yemen's former president Abd Rabbuh Mansur Hadi have lost their lives when Yemeni army soldiers and fighters from allied Popular Committees launched separate offensives against their positions in the kingdom’s border regions over the past 24 hours. 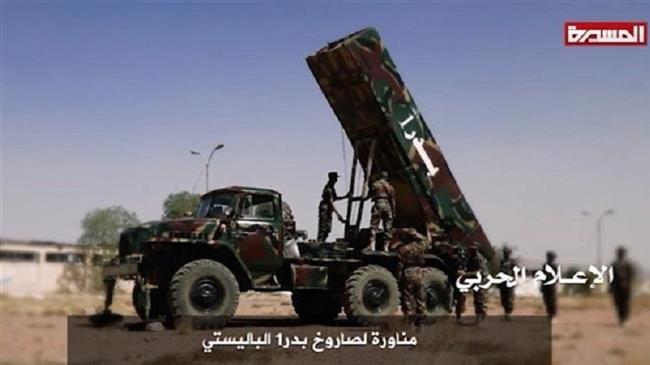 TEHRAN, Young Journalists Club (YJC) -An unnamed Yemeni military source told the Arabic service of Yemen’s Saba news agency that Yemeni troops and their allies fired a Badr-1 ballistic missile at a gathering of Saudi troopers in the kingdom’s southwestern border region of Asir, leaving several of them dead or injured.

Eight Saudi mercenaries were also killed when Yemeni troops and fighters from Popular Committees targeted their camp in the al-Alab border crossing of the same Saudi region.

Elsewhere in Najran region, located 844 kilometers south of the Saudi capital Riyadh, a group of Saudi-backed militiamen were targeted in al-Ajashar desert with a barrage of Katyusha rockets.

A number of artillery rounds also slammed onto al-Khazra border crossing, with no immediate reports about casualties or the extent of damage caused.

Moreover, Yemeni snipers shot and killed a Saudi soldier at al-Shabakah military base in the al-Sharafa region of Najran.

Four Saudi mercenaries were killed and several others injured when Yemeni troops and their allies targeted their positions in Talah area.

Yemeni forces also shelled the fortifications of Saudi soldiers and their mercenaries in Sawda, Jabal al-Doud and Jabal Qais mountainous districts in Saudi Arabia's border region of Jizan, situated 966 kilometers south of Riyadh, according to the Yemeni military source.

Separately, dozens of Saudi-sponsored militiamen were killed or injured when Yemeni troopers and their allies destroyed their positions in the al-Durayhimi district of Yemen’s strategic western province of Hudaydah.

A military vehicle carrying dozens of Saudi mercenaries was struck with a guided missile in the al-Ghayl district of the northern Yemeni province of Jawf.