TEHRAN, September 09 - Banks in ruins, a currency in free fall and the IMF called to the rescue: A decade ago Iceland's worst financial crisis erupted, a traumatic experience the nation still struggles to forget. 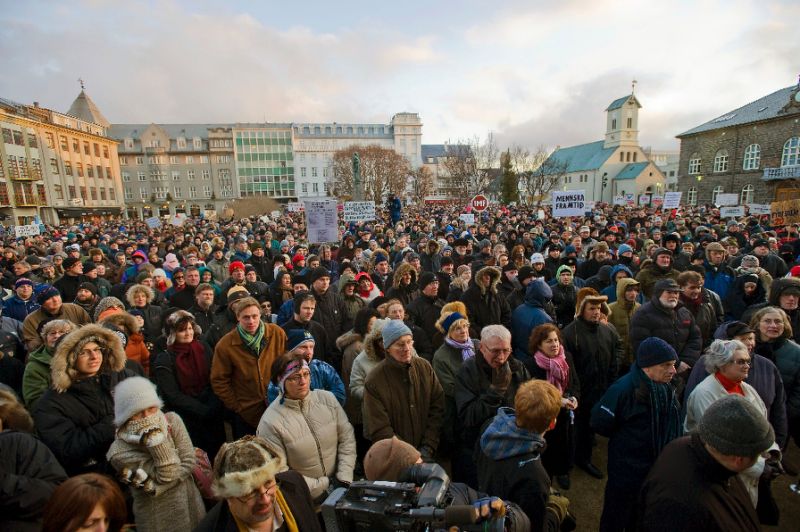 TEHRAN, Young Journalists Club (YJC) - Once dependent on fisheries, the Arctic island was in 2008 a country of flashy bankers with a vibrant finance sector, where locals enjoyed the highest standard of living in the world.

Just before the crisis, the assets of the country's three biggest banks -- Kaupthing, Landsbanki and Glitnir -- totalled more than 10 times the gross domestic product (GDP) of the small volcanic island.

The trio were pushing loans aggressively with attractive interest rates, both at home and abroad.

In a nation of around 320,000 people, some 70,000 families had taken bank loans, often indebting themselves up to their ears to treat themselves to a nice 4x4 or a spacious new home.

But on September 15, 2008, US investment bank Lehman Brothers filed for bankruptcy, and instantly, the global credit market froze up.

For Iceland's three biggest banks, which had funded their breakneck international expansion with astronomical loans and which now had no access to refinancing, it was a disaster.

"There is a very real danger... that the Icelandic economy, in the worst case, could be sucked with the banks into the whirlpool and the result could be national bankruptcy," then prime minister Geir Haarde warned at the time.

The Icelandic currency lost more than half its value in just a few months and inflation rose to 18 percent.

As the country teetered on the verge of bankruptcy, the government introduced capital controls, urgently took control of the three banks, and put in a call to the International Monetary Fund (IMF).

Iceland became the first Western country to receive a bailout from the IMF since Britain in 1976, securing a $2.1 billion package in October 2008.

But the shock wave had already spread far beyond the country's borders.

IceSave, the online branch of Landsbanki, froze its savings accounts, spreading panic among hundreds of thousands of British and Dutch account holders lured by the bank's high interest rates.

Britain, which like the Netherlands called for its savers to be compensated, implemented anti-terror legislation to freeze Landsbanki assets.

It would take years to resolve the angry diplomatic and legal row between the two countries.

Meanwhile, in Reykjavik, the so-called Pots and Pans Revolution saw thousands of demonstrators noisily bang their kitchen utensils in a central square, angrily calling on the centre-right government to resign.

A quarter of Icelanders lost their savings, and the country saw its biggest wave of emigration since the end of the 20th century.

Share to
Related News
A decade after Lehman, Europe remains on economic crutches
Chequers plan is only deal on the table with EU: Britain's Javid
Tags
iceland ، crisis ، financial crisis
Your Comment