Prime minister says Greece back on road to economic recovery

TEHRAN, September 09 - Prime Minister Alexis Tsipras painted an optimistic vision Saturday night of a Greece that has emerged from eight years of financial austerity imposed by creditors and is on the road to economic recovery. 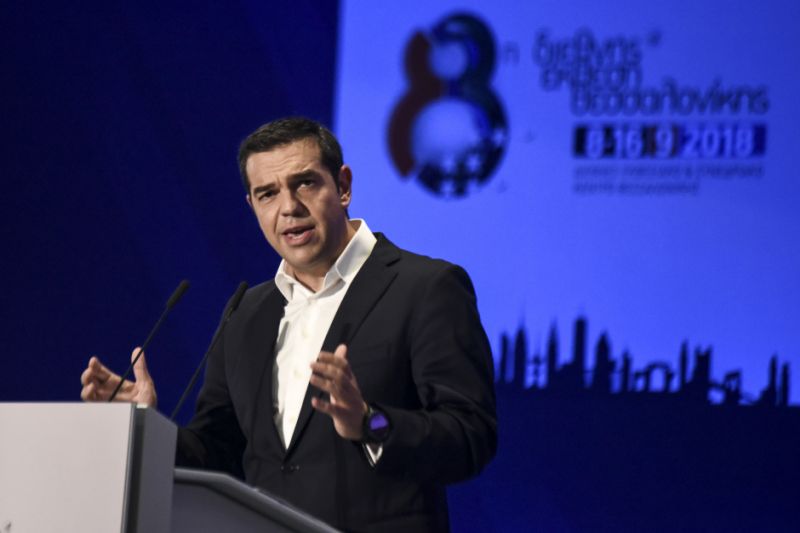 TEHRAN, Young Journalists Club (YJC) - Laying out his economic program for the coming year in a speech at Greece's largest trade fair, Tsipras said he will seek to keep lowering the unemployment rate that peaked at nearly 28 percent in 2013, raise wages and cut some taxes.

And in an unusual gesture for a leftist politician who has spent far more time protesting outside the U.S. Embassy than in meeting with U.S. officials, Tsipras emphasized Greece's close relations with America, calling it "a country with which we are tied in a strong strategic partnership and in common struggles for shared values."

Ross also noted the closeness of U.S.-Greek ties, and he praised Greece for meeting its defense spending commitments in the trans-Atlantic alliance. "We would like to see other NATO countries fulfill their engagements in the same way," he said.

Outlining his achievements, Tsipras said that 300,000 new jobs have been added in the three years since he took power at the depth of Greece's economic crisis and that the long-declining economy is expected to grow 2.5 percent in 2018.

He said he wants the jobless rate to drop from the current 19 percent to 10 percent over the next five years and Greek debt to reach investment grade within two years. He promised to lower the corporate tax rate, expand welfare spending, provide tax breaks to lure back university-educated young people who migrated, raise the minimum wage and restore collective bargaining on wages. He also promised retroactive pay raises to the police, military and judiciary.

Addressing the contentious issue of further pension cuts committed to by his government under pressure from creditors, Tsipras said he thinks the government's budget surplus targets can be achieved without more cuts in pensions but added that he will discuss this with the EU later in the year.

Greece last month ended its third international financial bailout and now must return to markets that have been rattled by financial concerns and a jump in borrowing rates in nearby Italy.