TEHRAN, September 08 - In the final days of actress Cynthia Nixon’s insurgent campaign against incumbent New York State Governor Andrew Cuomo, she and her supporters have taken to repeating three names as if an incantation: Alexandria Ocasio-Cortez, Andrew Gillum and Ayanna Pressley. 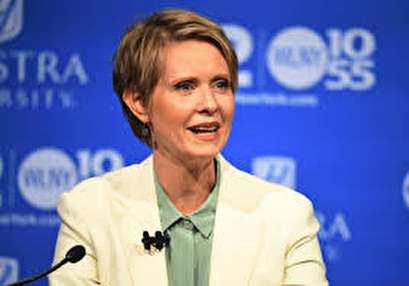 All three were candidates from the party’s emboldened left wing who seemed doomed in opinion polls before pulling off upset victories. Ocasio-Cortez, a Latina woman, and Pressley, a black woman, both defeated long-time incumbents of U.S. Congress seats in New York and Massachusetts; Gillum, a black man, won the open primary in Florida’s governor race.

Nixon, a first-time candidate without governing experience, is known for her years starring on HBO’s “Sex and the City,” set in New York. She is hoping to repeat the success of other less-heralded names in Thursday’s nominating contest against Cuomo, who is seeking a third term.

Nixon’s opposition mirrors those of others who argue Democrats nationwide have been far too cautious in embracing progressive proposals, wary of alienating more moderate voters.

Ocasio-Cortez’s victory in June’s nominating race over 10-term U.S. Representative Joe Crowley sent shockwaves through the Democratic Party. The Republican Party controls both the House of Representatives and the Senate and the Nov. 6 congressional elections will determine whether they keep their majorities.

Nominating contests are hard to poll, and while those other races went against incumbents, lower-profile candidates do not always succeed: Joe Manchin and Tom Carper, incumbent U.S. Democratic senators in West Virginia and Delaware, both defeated challengers from the left.

Nixon, 52, has lagged more than 30 points behind Cuomo in opinion polls, and he has outraised her nearly 50 times over, though far more of Nixon’s support comes from small donors.

She says Cuomo, 60, the son of a former governor, is out of touch with the party’s diverse ranks, and too aligned with conservative Republicans and moneyed corporations to be running one of the country’s most liberal states. Cuomo is one of 16 Democratic governors nationwide. There are 33 Republicans and one independent.

Cuomo has talked more about U.S. President Donald Trump on the campaign and his aides have derided Nixon as a talented but unqualified actress.

Cuomo has drawn the ire of some voters, angered that he for years allowed several Democratic members of the state’s senate to caucus with Republicans to give that party the advantage in the statehouse.

Cuomo counters that he has a record of passing same-sex marriage and paid family leave in New York state. The winner on Thursday faces Republican Marc Molinaro, the Dutchess County executive, in November.

Nixon’s distrust is shared by supporters such as Zakiyah Ansari, who stood by Nixon as she canvassed outside her childhood elementary school on Manhattan’s Upper West Side on Friday morning, hyping her up to passersby.

“They don’t poll people like me,” said Ansari, a director at New York’s Alliance for Quality Education, a public school advocacy group where Nixon has been a spokeswoman for 17 years. “I don’t believe they call us, black and brown folks, poor people.”

Both Cuomo and newspaper editorial boards have criticized Nixon’s lack of management experience and cast her proposals, particularly her plan for state universal health care, as fantastically expensive. Nixon has been vague on funding beyond saying there are plenty of rich people in New York to tax.