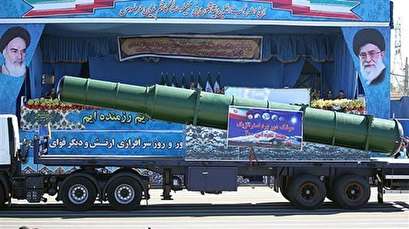 The general said when the Russians initially refused to deliver the S-300, Iran started to build a prototype of the long-range air defense system.

“We told them that we will build the system ourselves indigenously, and ultimately, by God’s grace and through the diligence of the Iranian youth and elite, we built a better version in less than six years,” said Vahidi, who is currently the president of the Supreme National Defense University.

“Today, the Islamic Republic has the main say in the West Asia region, and Iran’s discourse dominates,” Vahidi said.

The discourse, however, is not one of “force and hegemony,” he added. “We are not trying to subject Iraq and Syria to hegemony, and do not seek to add even a palm’s length of soil to the country’s territory.”

“Our discourse features extrication of humanity,” the commander said, adding that thanks to the efforts of the country’s researchers and elite “no door would remain closed to the country.”