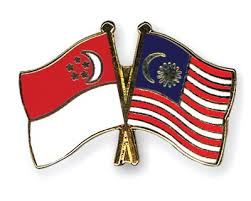 It did not say how many individuals were involved.

"Efforts to recover other unlawfully misappropriated assets are ongoing," the firm said in a statement seen by The Associated Press.

Citing an unnamed source, Malaysia's National News Agency Bernama reported in July that the government had appointed the Singapore firm to act against 53 individuals and companies to recover funds belonging to 1MDB.

The news agency said fugitive businessman Low Taek Jho, known just as Jho Low, was among the defendants. The U.S. Justice Department alleges Low was a key figure in the theft and international laundering of $4.5 billion from Malaysia's 1MDB investment fund by associates of former Malaysian Prime Minister Najib Razak.

Najib has pleaded not guilty to seven charges of criminal breach of trust, abuse of power and money laundering in a case related to the alleged multibillion-dollar looting of the 1MDB fund that led to his stunning electoral defeat four months ago.

All the charges against him involve the transfer of 42 million ringgit ($10.1 million) into his bank accounts from SRC International, a former unit of the 1MDB fund that international investigators say was looted of billions by Najib's associates.