TEHRAN, September 10 - French police used tear gas early Monday to disperse around 200 protesters blocking the construction of a ring road near the eastern city of Strasbourg, an AFP journalist said. 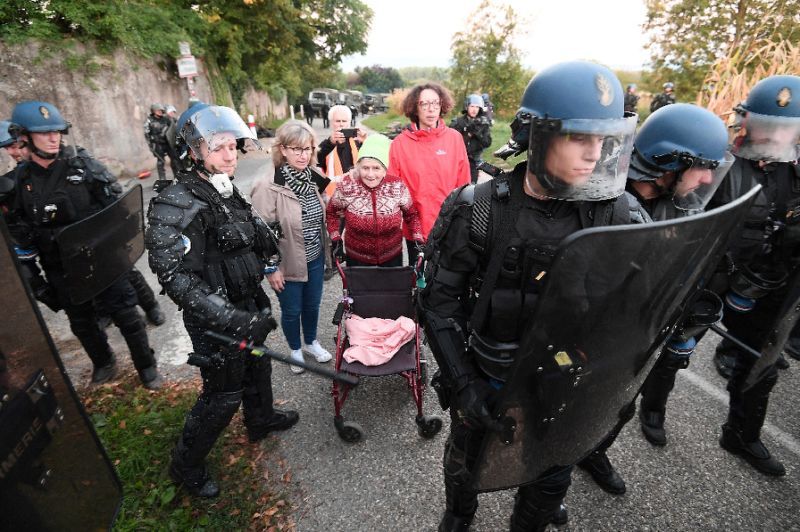 TEHRAN, Young Journalists Club (YJC) - Regional authorities gave the green light in August to the plan for the construction of the 24-kilometre (15-mile) stretch of motorway.

But critics say it will destroy farmland and threaten endangered species including the great hamster of Alsace.

The protesters, who call themselves "zadistes", from the French phrase "Zone a Defendre" (Zone to Defend), had set up barricades of wood and tyres on a stretch of road from the edge of the planned site to the village of Kolbsheim a few hundred metres away.

At around 6:20 am (0420 GMT) around 500 officers moved in, using their shields and tear gas to disperse the eco-activists.

They also used chainsaws to cut down the barricades, and one officer used a bolt-cutter to remove a demonstrator who had chained herself to a tree.

The mayor of Kolbsheim, Dany Karcher, in whose town the "zadistes" have been based for almost a year, denounced the use of force by the police.

"All we are asking is, at the very least, that the work be postponed" while all judicial procedures take place, he said.

"The resistance is there," he added, criticizing what he alleged was "violence by the security forces" and the use of tear gas.

"We build motorways, we destroy the planet -- they take everything from us," said Germaine, 89, who used her walker to place herself at the frontline of the protest early Monday.

"Oh my God, I'm so tired, I was at the front, they teargassed me, my chest hurts," she said.