TEHRAN, September 10 -British Prime Minister Theresa May is facing a new challenge in her attempts to go through with negotiations to bring Britain out of the European Union as some 80 members of her Conservative Party have announced she should either revise her Brexit strategy or face a party rebellion. 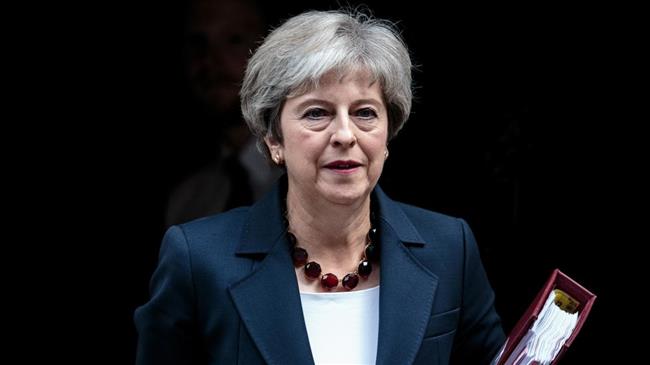 TEHRAN, Young Journalists Club (YJC) -A former junior minister from May’s ruling party said Monday that 80 or more of Tory lawmakers in the House of Commons are prepared to vote against the premier’s Chequers plan, which is named after May’s country residence where she announced her final plan of action for Brexit talks in early July.

Steve Baker said that May could have a paramount challenge to sell her Chequers plan in a party conference which will begin at the end of September.

Baker, who resigned along with two senior ministers in May’s cabinet in protest to the Chequers, said if the 80 or more conservative lawmakers, from a total of 315 Tories in the parliament, vote against the Chequers, it would become absolutely difficult for May to persuade EU negotiators that she could finalize any agreement with the bloc relying on the votes of the opposition Labour party.

“If we come out of conference with her hoping to get Chequers through on the back of Labour votes, I think the EU negotiators would probably understand that if that were done, the Tory party would suffer the catastrophic split which thus far we have managed to avoid,” said Baker.

Baker’s warning comes a day after former foreign minister Boris Johnson, who is poised to replace May in case she fails in Brexit talks, renewed his criticism of the Chequers and said that Britain would remain on the verge of committing a suicide with the level of dependence it will have on the EU after it leaves the bloc in March next year.

“We have opened ourselves to perpetual political blackmail. We have wrapped a suicide vest around the British constitution,” wrote Johnson in an article for The Mail on Sunday, adding, “Under the Chequers proposal we are set to agree to accept their rules – forever – with no say on the making of those rules. It is a humiliation.”

May has repeatedly assured her party colleagues and the public that she would not agree to a bad deal on Brexit. However, she insists that the Chequers is the only way for Britain to leave the EU with minimum impacts on the economy.