TEHRAN, September 10 - The Chinese Foreign Ministry says Beijing will respond if the United States takes any new steps on trade after Washington threatened to levy additional taxes on practically all Chinese imports. 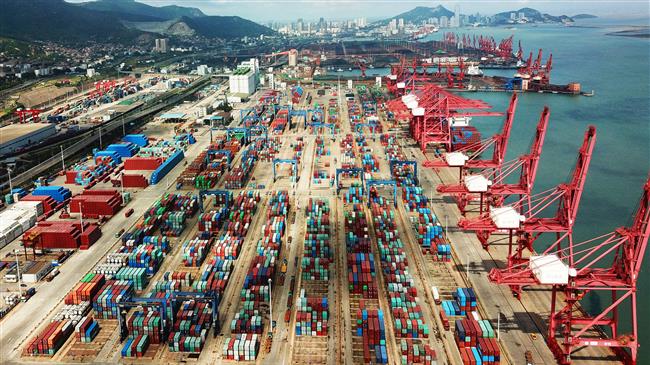 TEHRAN, Young Journalists Club (YJC) -"If the US side obstinately clings to its course and takes any new tariff measures against China, then the Chinese side will inevitably take countermeasures to resolutely protect our legitimate rights," Foreign Ministry spokesman Geng Shuang said during a regular briefing in the capital Beijing on Monday.

The remarks come days after President Donald Trump warned he was ready to slap tariffs on virtually all Chinese imports into the US and threatened duties on $267 billion of goods over and above planned tariffs on $200 billion of Chinese products.

The US and China have activated additional tariffs on $50 billion of each other's goods since July despite several rounds of negotiations.

In August, China unveiled a proposed list of retaliatory tariffs on $60 billion of US goods should Washington activate the tariffs on its $200 billion list.

The tariffs would apply to 5,207 products. Beijing said at the time that the US actions will determine whether China adopts the additional duties.

China has either imposed or proposed tariffs on $110 billion of US goods, representing most of its American imports.

The $200 billion of Chinese goods on the US list includes some consumer products, with additional tariffs ranging from 10 to 25 percent.

Spared until now, mobile telephones, the biggest US import from China, would be engulfed if Trump activates the $267 billion tariff list.

Trump's threatened tariffs cover a total of $517 billion in Chinese goods, which would exceed last year's goods imports of $505 billion from China.

Trump has criticized China's record trade surplus with the US, and has demanded that Beijing cut it immediately.

Tension has also persisted over limits on US firms' access to Chinese markets, intellectual property protection, technology transfers and investment.

In an opinion piece published on the Financial Times on Monday, analyst Gideon Rachman said that the ongoing trade war has not brought about a swift victory for Trump.

“The US president’s initial tariffs, imposed on $50bn worth of Chinese exports in June, did not bring swift victory. Instead, they were met with Chinese retaliation. Now Mr. Trump is preparing to impose tariffs on a further $200bn worth of imports from China, which will probably be met, once again, by a tit-for-tat response from Beijing. The world is on the very brink of a major trade war between the US and China, and it is unlikely to end quickly.”

The analyst said the Beijing-Washington confrontation over trade was not unexpected as China is considered “the only plausible rival to the US as the dominant power of the 21st century.”

“Large parts of the US establishment, well beyond the Trump administration, have soured on the idea that economic engagement is the best way to deal with a rising China,” he added.