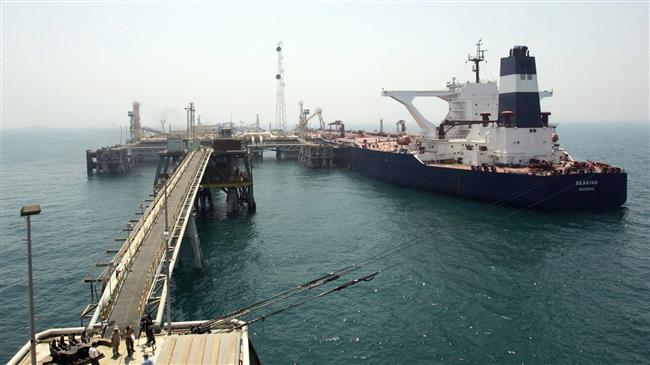 TEHRAN, Young Journalists Club (YJC) - Figures released by the Central Bank of Iran (CBI) showed that Iran’s oil revenues stood at above Rials 419 trillion ($9.9 billion with each Dollar at the official rate of Rials 42,000) – around 60 percent higher year-on-year.

The revenues belonged to exports of crude oil and oil products, the CBI added in its statement.

The figure was higher than sales over the same period last year by 84.2 percent.

Iran’s state news agency IRNA quoted expert comments as showing that the rise in the country’s oil revenues was largely due to higher prices. The prices over the period of four months starting March 21, 2017 stood at an average of $50 per barrel. However, they rose to as high as $60 per barrel over the same period this year, IRNA added.

Another reason for higher revenues, the news agency said, was the rise in the rate of foreign currencies against the Rial.

The announcement comes as the United States is preparing to impose a second wave of sanctions against Iran that primarily target the country’s oil exports.

The first round that was made effective in early August targeted Iran’s financial, automotive, aviation and metals sectors.

In May, Iran’s Petroleum Minister Bijan Zangeneh said the country was in a far better shape than before and could withstand the sanctions that the US plans to impose on it.

Zangeneh said threatening Iran with sanctions against its oil industry was an issue of the past, stressing that the country had already been able to safeguard itself against such threats over the past few years.