Bolton trying to cover up US war crimes: Professor Petras 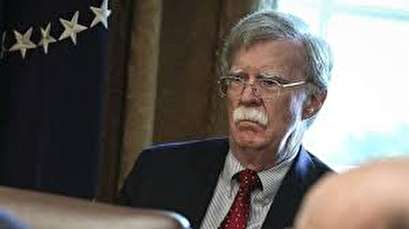 Bolton on Monday threatened sanctions against International Criminal Court (ICC) judges who plan to probe alleged war crimes committed by Americans in Afghanistan, saying it constitutes an assault on US sovereignty.

Bolton branded the ICC "outright dangerous" in an attempt to pressure the court which is planning to investigate the alleged US war crimes.

"The United States will use any means necessary to protect our citizens and those of our allies from unjust prosecution by this illegitimate court," Bolton told members of the conservative Federalist Society gathered at a hotel in Washington, DC.

“This is a statement covering up essentially the war crimes committed by the US during its invasion and occupation of Afghanistan,” Professor Petras said.

“There have been hundreds of thousands of Afghanistan residents and communities driven from their homelands. There is every need for a criminal tribunal to judge the behavior of US generals and their supporters among the mercenary forces in Afghanistan,” the analyst noted.

“I think Bolton is trying to cover up war crimes and of course one should expect from an official who has been in favor of wars throughout the Middle East.  And I think Bolton should be the prime person that should be investigated by the international tribunal,” he concluded.

The chief prosecutor of the ICC has called for a formal investigation into war crimes in Afghanistan following the US-led invasion of the country in 2001.

She said US forces and CIA agents might have committed war crimes by torturing detainees in Afghanistan under a system of approved torture techniques, which included simulated drowning.

Human Rights Watch has welcomed the possibility of holding perpetrators to account for what it called horrendous human rights abuses against Afghans.

The United States -- under Republican George W. Bush’s presidency -- and its allies invaded Afghanistan on October 7, 2001 as part of Washington’s so-called war on terror. The offensive removed the Taliban regime from power, but after more than one and a half decades, the foreign troops are still deployed to the country.

After becoming president in January 2009, President Barack Obama, a Democrat, vowed to end the Afghan war -- one of the longest conflicts in US history – but he failed to keep his promise.

Trump, who has spoken against the Afghan war, has dubbed the 2001 invasion and following occupation of Afghanistan as "Obama's war."

But Trump has also announced to deploy thousands of more troops to the war-torn country. Trump has said that his views have changed since entering the White House and that he would continue the military intervention “as long as we see determination and progress” in Afghanistan.

Share to
Related News
ICC prosecutor ‘alarmed’ by Gaza violence
Marine Corps training facility at Parris Island evacuated ahead of Florence
Only half of US voters think Trump is intelligent: Poll
US threatens to arrest ICC judges who probe war crimes
‘ICC is dead to us’: US to use ‘any means’ to shield citizens & allies from war-crime probes
US announces closure of Palestinian mission in Washington
Tags
Bolton ، Petras ، crimes
Your Comment